Last week was reserved for Ireland – perhaps the biggest European tech and startup conference, Web Summit, was being held in Dublin. It gathered more than 10.000 people – entrepreneurs, programmers, designers, investors and media – with the Netocratic team as a CEE media partner. We covered many topics in Croatian and Slovenian language and here are five lectures I loved the most.

So, here we go, in no particular order:

As a person who worked in customer care, both online and offline, I couldn’t agree with Jan’s statements more – users turn to social media even more than before and brands need to build the relationship with them. He named a few examples where bad social media customer relationship fired back, like British Gas and their infamous #ASKBG Twitter chat or British Airways and the user that promoted his tweet in order to tell the world  the next thing: Don’t fly @British Airways. Their customer service is horrendous. 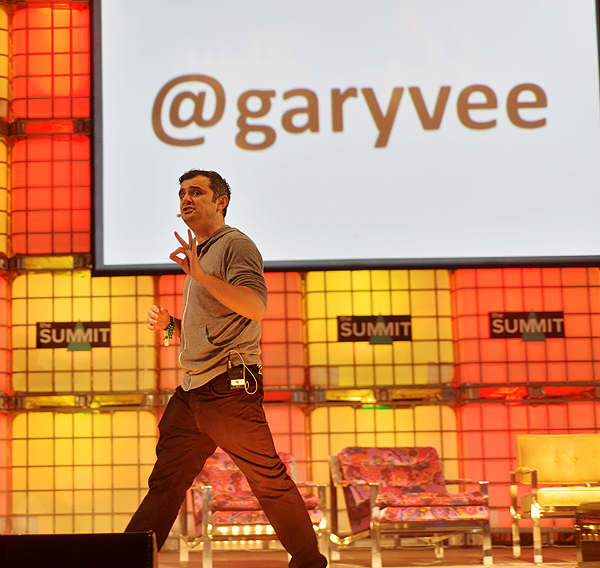 A truly inspirational keynote, as one might expect from Gary Vaynerchuk. He talked about his entrepreneurial beginnings – from the lemon stand when he was five, selling baseball cards when he was thirteen, working for his father at the liquor store… But everything changed when he heard the sound of the computer connecting to the Internet. He knew he wanted to get into the wine business, but that was the moment when he realized that he doesn’t have to open thousands of wine stores all around the world – he can sell wine through the Internet. And the rest is history.

Gary said a few things about the present and the future: We live in the best times. The ground is fertile. Ten years from now, people will look back and feel like they’ve missed out on something. At the same time, we don’t create enough value. 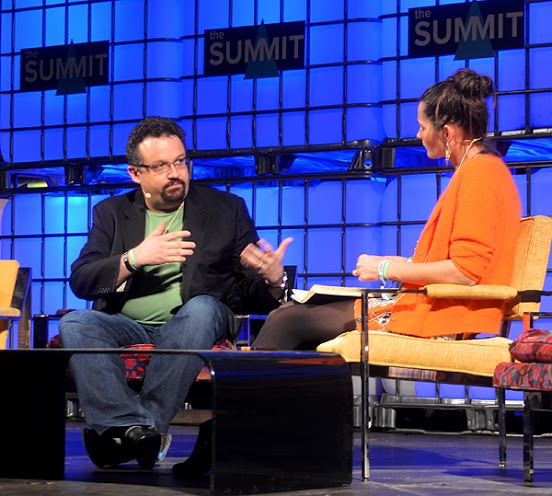 I simply love Evernote! It is one of the most useful applications I use and, believe me, I use a ridiculous number of productivity apps – it’s almost unproductive! That is why I wanted to hear what the CEO of this company has to say about the future of this product.

And I wasn’t disappointed! Phil announced apps for wearable computers, such as Google Glass, smartwatches, but also cars and refrigerators.

Phil wants his company to last for a hundred years. He doesn’t know what products they will build in a century, but he knows what he wants for Evernote to represent – he wants it to be a ‘Nike for your brain’. If a great deal of your ideas isn’t thrown away, it means you are not creative enough, he continued. “I would be worried if our ideas were 100 percent successful. Well, Evernote socks can be can be rated as a successful product! 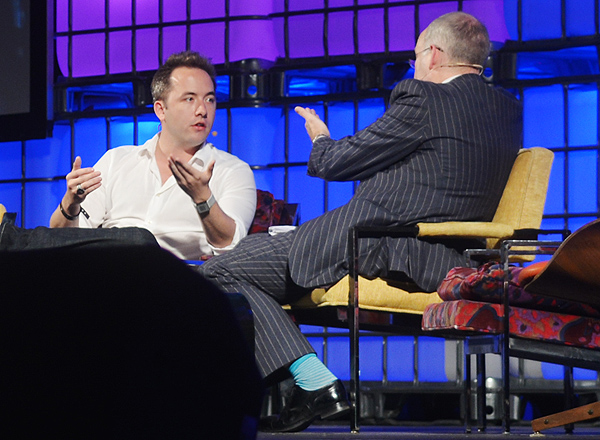 Another CEO of another very useful company. Dropbox was the reason I stopped emailing myself all the time with important documents I wanted to have access to all the time. But the fun part of this chat was surely the host – Ben Rooney “bombed” Drew with questions like: Why did you choose to be a competitor to Google or Apple? Did you just wake up one day and decided to fight them?  How does it feel to be at their constant gunpoint? But Drew kept his cool.

The thing that fascinated me the most was the fact that Dropbox didn’t even start spending its investment – the business is sustainable, so the 250 million dollar investment is still intact. Dropox even acquires other startups, such as Mailbox, and, most recently, Sold. Good job!

When real life Ironman stepped on the Web Summit’s stage, the crowd went nuts. Yes, we all love Elon, but I must say that, despite the fact my expectations were high, he managed to surprise me. He was very humble, quiet and a bit nervous – not the thing I was expecting from the man that managed to change the way we shop online and from the man that will get us to space faster, cheaper and faster and popularize electric cars.

Also, he admitted that he is afraid of failure – but that doesn’t keep him from trying. That was the lesson for all of the entrepreneurs – if you are afraid, don’t let that stop you. Make that call. Grab that plane. Talk to that person. Even if your fear is rational, it is worth the risk.