Meet Wallery, A New Version Of Wall Of Tweets
Jump to navigation Jump to main content 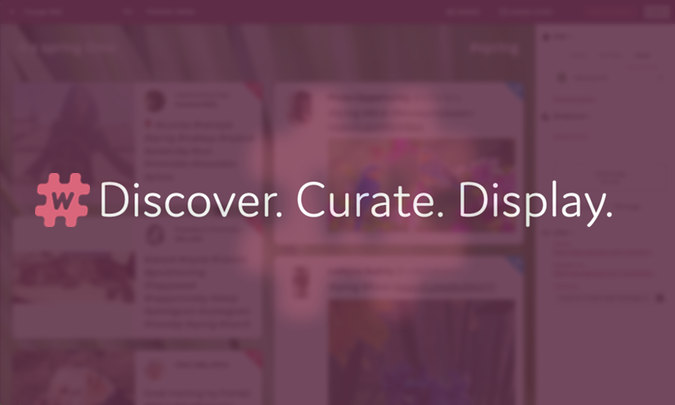 For a long time, there has been a feeling that a new version of Wall of Tweets is under way. In order to offer the best possible experience to their customers, which is, in fact, a speciality of UX Passion, the team has been collecting feedback from existing customers. Wallery is finally here and it’s CEO Vibor Cipan explained to me what is new. Considering everything I heard and saw, it somehow seems to me that it will appeal not only to organisers of events but to all marketers who just love to use hashtags…

Main innovation – users design their “walls” by themselves…

The new name indicates that the focus is broader than just Twitter and not limited only to real “walls” or screens that display content from social networks during events. Wallery enables that for tweets, Instagram posts and soon also other content is displayed on websites as well as in applications. And all this can now be designed, customised, embedded by users themselves, with a simple interface, without the UX Passion team dealing with the whole process of setting up, which was actually the main motivation to create the new system:

Whenever someone wanted that we set up a Wall of Tweets for them, we had to build everything from scratch. Therefore, scalability was limited – on average it took us from half an hour to two hours to put everything together, or more if it was a complex project.

…And put them on the web and in applications

Admittedly, this is still a progress from the 2009 and 2010 versions of Wall of Tweets, when setting up could last for a day or two, recalls Vibor. It was necessary to design a model where users can by themselves, with a simple interface, but with enough options (depending on the package chosen by a user), create, design and set up a Social Media Wall wherever they want it.

Wall of Tweets was intended for events, but we figured out that a part of the market could as well make use of this service – it offers a possibility that brands gather all their communication on social networks in a hub and place it on their website or in their application.

And indeed it is easy, having a lot of useful little things available, at which they arrived by the help of experience with the previous software. For example, multiple persons from the same organisation can access the profile, with different authorizations. And then there is a possibility that the content is moderated by people who don’t need a profile on Wallery – they only get a link and a password, and they can publish, reject or delete unwanted content. It may seem unnecessary to someone who did not deal with organisation of events, but in fact this is quite an important “little thing” – this kind of work is usually done by subcontractors that do not need to be given access to other content an organisation has on Wallery, nor do these persons have to create a profile on “yet another tool”.

Speaking of unwanted content, because it is logical, that the content displayed on the web or via a projector on an event has to be moderated, the filtering of unwanted words or profiles on social networks makes everything easier. Additionally, certain profiles can be immediately put on the “white list” so that their tweets and other posts can pass freely and without moderation.

An off-the-shelf or custom design? You choose. 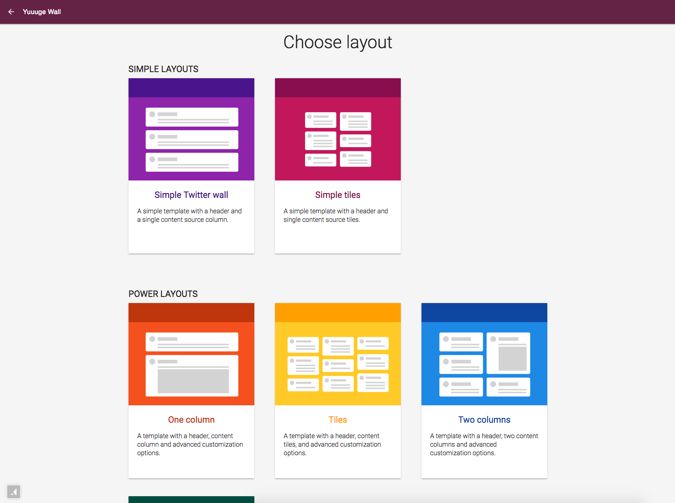 As for the looks of the “wall”, pre-defined styles can be chosen or the existing ones customised. The basic adjustments are free, but for somewhat greater needs, there are payable packages. So for example, in a free package, the background can only be selected among the existing visuals, while the adjustments of visuals like adding logos or other elements, is still payable.

Another option that deserves emphasising is that the dynamics of displaying the content can be adjusted and its appearance adapted (e.g. colour of the URL to match the branding or the form of “cards” that display individual content…). It is worth mentioning that all content is responsive (and within the interface, it can be immediately tested how it would look like in commonly used screen resolutions).

Considering everything I saw and heard, it is clear that the UX Passion team rather relied on experience and feedback from its users. But now a big task awaits them – converting Twitter Wall users into Wallery users as well as attracting new leads. How will they do it? It is a million dollar question, says Vibor, but he also partly reveals what they have already undertaken:

Actually, we have been slowly preparing the “old” users for something being underway so that many are already familiar with Wallery. For now, we haven’t over-communicate the news, we’ve sent a couple of newsletters and now we’re expecting first feedback. But soon we will start with a direct promotion, and for the first time, we will have active sales reaching out to the new potential customers. 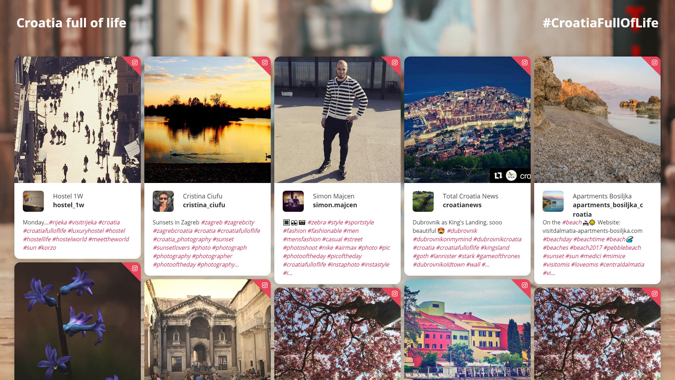 For around 2000 existing customers the new version will have a more favourable price. The team still intends to offer a fully personalised service for more demanding projects, for example when only the content from a particular part of the world is requested to be displayed.

And that’s it – after long work, Wallery is here, and if you’re interested in how it looks like, sign up (you can do it through social networks as it befits such a product) and test it for free. Vibor is announcing further work on project development, adding other options and social networks, plus taking the direction towards digital signage. Bearing in mind that UX Passion is an agency, it is always a challenge to set aside time in such companies to work on the development of an own product beside customers, and it is even more challenging when there is no “guarantee” that the investment will be profitable. Therefore, we believe that they will appreciate any feedback from potential users and as seen so far, a great part of it will be considered in the next improvements. 😉