Why VS Code remains a developer favorite, year after year
Jump to navigation Jump to main content

Visual Studio Code (VS Code) is a code editor from the Microsoft family. It is free to use, open-source, and compatible with Windows, Linux, and macOS operating systems. VS Code falls under the same category as Atom, Sublime, and Text Wrangler, but it also has more advanced features and many regularly updated extensions.

Unlike Visual Studio, which is Microsoft’s IDE for programs, web locations, web applications, mobile applications and web services, VS code offers features such as writing, editing, and code troubleshooting in one place.

Despite many extensions, VS Code doesn’t occupy too much drive space, so you will need less than 200MB of free space to download it. Its simple user interface is an additional perk, and the neatly sectioned editor makes coding and troubleshooting much easier.

These features clearly show why VS Code is so universally popular among developers, and we will present five more reasons why this tool is so unique.

Support for hundreds of programming languages

VS Code comes with built-in support for JavaScript, Node.js and TypeScript. If you work with other programming languages, you can simply get the necessary support for them by installing the appropriate extensions for languages such as Python, C#, PHP, Rust, and hundreds of others.

The text manager will quickly detect the language based on the file extension and its content. It will highlight the syntax to present it as code, and for certain languages, there is an option to input additional code and suggestions on how the end result should look.

Additionally, translating projects into different languages does not require starting a new environment because they all occupy the same window.

Thanks to an active extension marketplace, VS Code supports hundreds of programming languages.

A community formed around the extension marketplace

Every successful product aims to build a community, and VS code has succeeded in this - by developing its own community around its extension marketplace.

The number of available extensions for VS Code is enormous. There are massive and complex extensions, such as support for C/C++, which allows you to go through the code and highlight syntax errors. But there are also simple ones, such as one that will enable you to insert a closing HTML tag automatically after the starting one.

The most important thing is that users can develop their own extensions for the Visual Studio Code. That way, extensions become available to other users who can try them and leave reviews.

The fact that programmers create these extensions builds trust in the community. It makes the extensions more popular because nobody knows the needs of a programmer and the problems they commonly encounter better than their colleagues. Also, should you experience any difficulties, you can always contact the programmer who created the extension, and they can assist you in resolving it. This is the main advantage of the large VS Code community.

Extensions are not only for programming languages but can also provide various benefits that can be useful to every programmer’s needs. For example, if you have to edit a code saved on a server, you can use the SSH extension for this or Code Runner when you don’t feel like completing your code yourself.

Finally, there are VS Code themes. With over 4.000 themes to choose from, you will find your ideal color scheme. Specific extensions also change the appearance of icons (which is also available on file icons and the Explorer side panel).

At first glance, Visual Studio Code appears simple because it features all the properties of a modern text editor and a simple interface. Still, it offers additional features that set it apart from others.

In addition to the editing functions, the users also get a built-in console. There is no need to keep the terminal window separate, so the software developers can use the unique hermetic console while coding.

Integrated Git support is helpful for all those who are used to a graphical user interface in version control systems. Examining differences and resolving errors in connection comes from a separate box and helps software developers to resolve everyday problems they encounter in their work.

There is also an integrated debugger. The developers can use breakpoints and access all functions to detect errors. Naturally, VS Code also features a debugger for Javascript and other programming languages that have support through extensions.

We have already concluded that VS Code strikes the perfect balance between a text editor and IDE and has all the extensions you might need. But we should also mention that other tools satisfy these criteria, such as Atom and Sublime Text.

Sublime is a simple text editor that is suitable for beginners and does a solid job as such. Additionally, it is much faster than VS Code. However, it lacks an agile IntelliSense (a collection of functions in one place) that VS Code has, and this is why developers very quickly outgrow it after their beginner phase.

On the other hand, Atom might appear as a more serious competitor because it is also open-source and has a diverse package of extensions. This tool also boasts extensive documentation about the editor’s interior workings and API, making it much easier for its developers to create updates. Unlike VS Code, Atom has built-in GitHub integration that allows you to view things such as requests for the withdrawal of current repo in the editor itself.

The integrated Git support is ideal for all who are used to a graphical user interface in version control systems.

Most of Atom’s performance is implemented through individual packages, while in VS Code, they come pre-packaged. Therefore, although it appears more transparent, Atom is significantly slower than its competitor. VS Code also optimizes its extensions more regularly than Atom, leading to a superior user experience.

VS Code implements Extension Host, a background process that actively prevents extensions from impacting the performance of the actual development environment. Additionally, VS Code gives users reliable and simple prompts for searching and managing extensions. What many Atom users find frustrating is its poor search function and lack of a review system. This all makes it more difficult to find functional extensions.

Therefore, the fact remains that no other tool has the extension market and close-knit community, which continues to improve upon it every day as VS Code does.

Although it’s primarily intended for developers, VS Code is a valuable environment for anyone working in the IT industry.

For example, Data Experts can use it because it supports Jupiter Notebook for data visualization, but also popular frames for machine learning such as TensorFlow and PyTorch. Other functions can always be added through third-party extensions.

Microsoft has also developed a separate extensions package for system and cloud developers, allowing them to establish SSH connections to remote machines and Docker environments.

Lastly, there are also official extensions enabling work with various cloud providers, so developers can work with services related to AVS, Azure, or Google Cloud platforms using VS Code and deliver their solutions that way.

In addition to all of the above, VS code is open-source. It is free to use, so developers working in large corporations can freely use it. The fact that it’s free motivates many users to contribute to its database of code and extensions and actively participate in its evolution. This is why VS Code becomes stronger with each passing day.

Thanks to a highly engaged community, VS Code is developing extremely rapidly, new features are implemented daily, all problems get resolved quickly, and the user experience is continuously improving. Therefore it’s no surprise that this tool has been a years-long favorite of many developers. 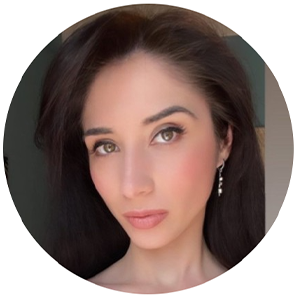