It was interesting to see how regional broadcasting networks adopted social media. Panel discussion started with Jeff Zucker’s, CNN’s president, statement – he said that social media is a frenemy, and that he is actually afraid of them. So, we wondered if regional televisions think the same about social media. The discussion gathered representatives from Slovenia (POP TV), Croatia (Nova TV and RTL) and Serbia (RTS). Experiences were different – while private broadcasting networks mainly invest more in social media, public ones slowly adapt new trends. Denis Oštir from POP TV had an interesting observation:

Before the television was a source of information and now information is available to everyone. That is why I think that we will become editors of that information. For example, people heard that Bin Laden was killed on Twitter and after that they turned on CNN and saw that it actually happened. That is happening today, not tomorrow. 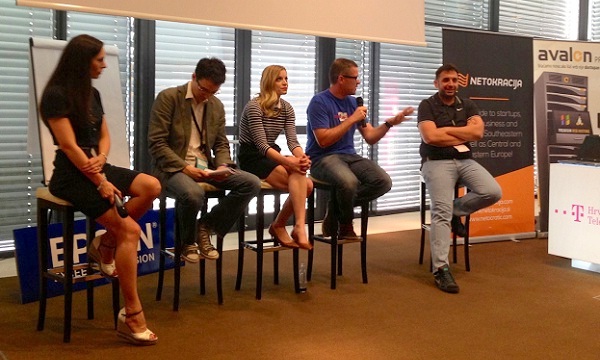 One cannot gamble with their follower’s trust

He stated that there are several types of influence and that people often mistake it for popularity when they ought to make a clear difference.

It is important to know that individuals and organizations do not have influence on every field, except the one they are specialized in and that’s totally acceptable.

Individual by itself has no influence, it is the number of people who share the story that is influental.

He continued by saying that the change of attitude and new user acquisition are two main things which can shift the paradigm in this society using social networks. Varagic ended his presentation by saying that it’s important for people to measure influence using tools such as Klout, but it’s also important not to gamble with the trust of their followers. Once they loose it, it is unlikely they will gain it back.

After Dragan, Istok Pavlovic, blogger from Serbia took the stage to talk about the process of creating the viral content on social media.

Social media is like a huge cocktail party. You don’t want to be the guy who’s boring everybody by talking about him all night long, and this is how certain profiles behave on social networks. 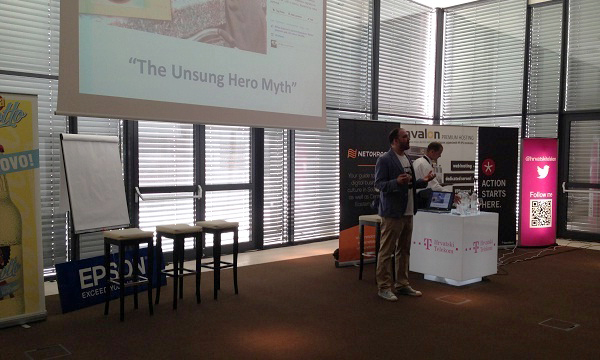 Adding that community management resembles DJ-ing, he stated that people in charge of managing the profiles need to have empathy towards users who liked their page in the first place because of the uniqueness of the brand.

He also said that the media discourse is saturated and that a lot of profiles are posing generic content, which is not interesting to people. Istok point out that it is ever so important to change the form of content because that is what people will notice and eventually share. He closed his session by stating that infographics are a perfect way to share some information with people, as they no longer want to read long articles with no pictures.