Startup To Dos for 2014: Be Post Traction. Be In the 2.4%. Be Unorthodox. - Netokracija CEE
Jump to navigation Jump to main content 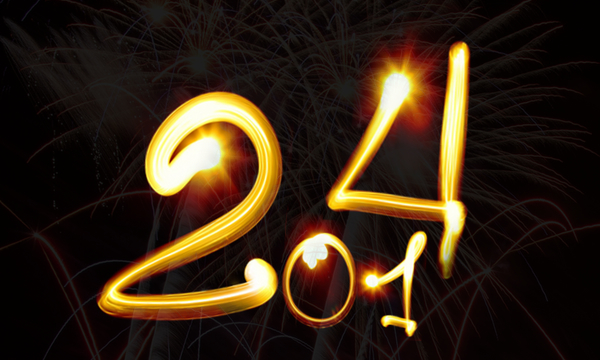 With 825 startups registered on AngelList in the wider Southeast European region, and with 100+ accelerators active in Europe, it’s interesting to see how those numbers will convert to great startups taking over the world as we are heading into 2014.

How do you measure that conversion, you’d ask. How many companies reach compelling market traction, with or without raising (early) Series A or super-angel deals? That kind of statistic is hard to track. By my personal account, out of the 825, probably 20 could be qualified to have reached the next level. One of those is the champion of the Bulgarian startup scene, Flipps, who received seed funding from the great guys at LAUNCHub, after which my Teres Capital partner Ivan Genadiev led a pre-A round, with Hasan Aslanoba and Tim Draper joining LAUNCHub and us as investors. But that’s only one story, and the other 19 are all very different. A few go through accelerators, but a vast majority does not. Some get mentioned in the press, but many more don’t.

Those 20 champions have very little in common: 10 or so are cash-flow positive businesses that have never taken VC money, another 5-ish have raised unreported rounds from vertical or local angels, or from untypical investment funds. Then there are a few that disappear from the statistic by relaunching in a different place, with a different team, like Layer. However, having met almost all of the founders involved, there is one thing that definitely stands out as a common denominator: they are all formidable founders who hustle. Summarized: “formidable hustlers”.

Back in the day when I was 100% involved with selecting teams at Eleven Startup Accelerator, the only thing I’d really look at would be how formidable a founder is. Truth be told, I had heard the term before, but it was Paul Graham’s masterful post “How to Convince Investors” that really made me stick with it. A formidable founder is a likeable person, humble, determined, having done their homework, skating to where the puck is going. A couple of criteria, not exhaustive, which generally win me over are:

Ah, my favorite topic. The biggest differentiator. Hustle. Here’s another non-exhaustive list, this one with signs you’re talking to a hustler:

The reality of the accelerator phenomenon is that, by my estimate, there is around EUR 100 million in equity funding deployed for the acceleration and pre-seed stage in Europe. More than 80% of it is government or corporate money, and the figure is simply massive. With many more programs launching in 2014, that amount of money is only growing. Opinions differ on whether it is a bubble or not, but the truth is that any startup in the pre-traction phase can get funding without too much trouble. At least in 2014, we’ll see what happens after that. I recently did a post on how to select the best accelerator program and make the most out of the experience, and I would suggest anyone looking for funding to follow just that. Just don’t forget the part about being formidable. 🙂

The consequence of such massive funding availability at the earliest stage, is that getting private money from big-name angels and VC funds for the next stage has become much harder. This makes perfect sense from a market perspective: if you’re investing someone’s hard-earned cash, you’re not going to compete with governments and corporations, but instead focus on the next step, leveraging the outcome of accelerator programs. Call it our own Eastern European version of the “Series A Crunch”.  The main differentiator for the next step? Initial traction. The formula I use for validating investment targets is:

As we are heading for the launch of our new fund at Teres Capital, this is the kind of thing we’re looking for in our pipeline. And it’s not just us: all the VCs I know that are interested in the region seem to be using the same metric.

For founders, there are two simple outcomes from this development:

Wherever you are in terms of startup progress, one thing you should always try to avoid is looking like everybody else. Too many startups look the same, sound the same, and frankly do the same, not because being like everybody else is the right thing to do (which it sometimes is), but because they’re only doing it BECAUSE everybody’s doing it. That’s just insane. If I’d rewind to 2009, when I was chasing advisors and investors for my first company, these are the tactics I would use for standing out from the (then almost non-existent) startup crowd:

And I could go on and on. As you can see, most things involve being nice, realistic, giving before getting, and doing homework. It is said that one of the things that made Napoleon stand out as a young military commander on Corsica, was that he would always be informed about the troops he was going to meet, stunning subordinates as he asked them about their family members by name. All I’m saying, it often just takes a bit of preparation to make huge impact.

Happy 2014 to you. Use opportunities and tools to get post-traction, be unorthodox, and make everyone proud by making the 2.4%.