Squee has finally published its first mobile app version for discovering beautifully designed products, after a few months of thorough development. In an exclusive interview for Netocratic, cofounder Krunoslav Klarić describes their project expectations, which was supported by Bulgarian accelerator Eleven.

Klarić explains how feedback from their first users is extremely important, in order to find their next direction.

Those who follow Squee team from the beginning know that we have pivoted recently and this first version will tell us how successful we were. It is hard to talk about the numbers, but we would be satisfied with 10.000 downloads in the next couple of weeks.

Squee for iPhone, as it suits to the minimum viable product, is now a pretty simple and free application. Through the app you can discover, comment, purchase and share (via social networks) beautifully designed products. We would describe it as 9gag for pretty things, and its content might remind you at designer blogs and popular magazines. 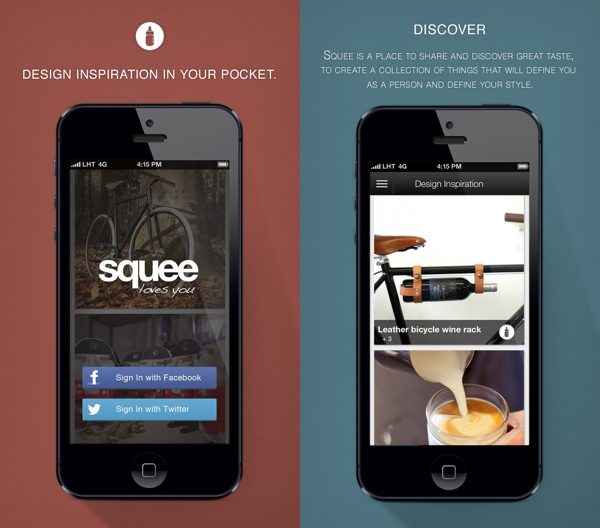 If you connect your Facebook or Twitter profile with the app, you will connect with your friends that use Squee as well. Even though the app is minimalistic, considering its capabilities, Squee team wants to see if the foundation is quality, so the user interface elements are brought to an enviable level that many apps lack of.

Eleven has invested in different regional startups, such as Serbian VetCloud, CaseTrek or Croatian Skii and Zzzapp. Klarić explains how the acceleration helped them – mainly with top mentorship and financial independence, but also considering the fact that they had to get out of their comfort zone.

We showed our idea to the cruel world and we learned that we will not be able to defend it if we claim it is the best one there is – we need to let it grow and develop.

While he talks about development, Klarić discovers that there were some ups and downs and there were moments when they wondered when the application is going to be finally finished. Even though they thought that the development is over, in a few occasions, they changed their mind and continued improving the interface. They knew that their first version has to be a minimum viable product, something that will satisfy early adopters, even though Squee team wanted to make high quality product. Klarić says:

Yes, we have a MVP and we are a bit embarrassed because of that. But proud in the same time. We did it! 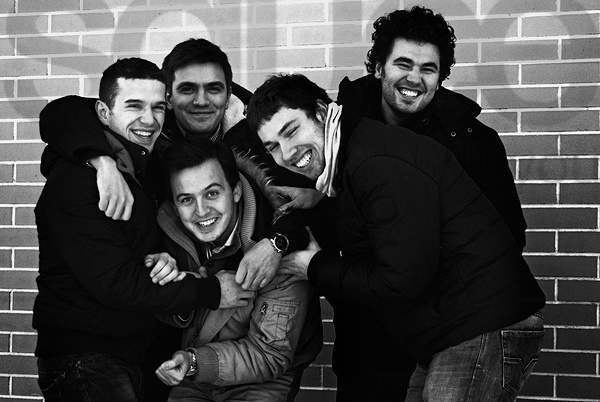 Squee team is going to measure the success of their first application and Klarić says that the most obvious indicator is going to be number of downloads, good reviews and 5 star grades:

Those are the indicators that we would like to see, but in the same time we want to have deeper connection with the users. In the end, we are doing all of this for them. We would like for them to enjoy the finest design and to enrich their everyday life – good design is not reserved for the privileged ones only. Beautiful design is all around us and we would like that everyone has an opportunity to see it. Once we do that, we can say that our final goal is reached. 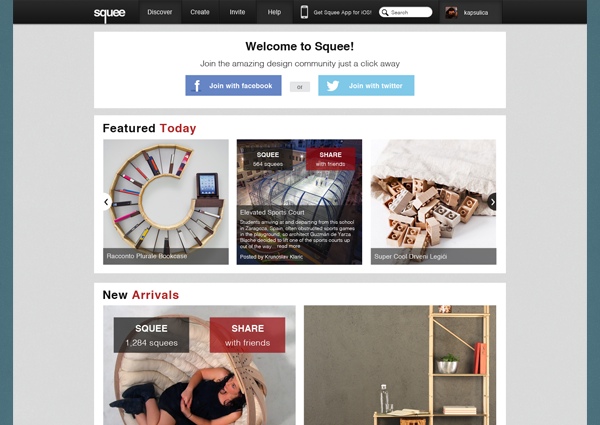 Squee’s further development will depend on users’ reactions and you can help by downloading the application from the App Store. After improving iPhone application, based on users’ feedback and tests, Squee team is going to develop iPad version, while Android app is going to have to wait for a while. Despite that, Klarić points out that two months ago they didn’t have website as well, but they launched it now together with an iPhone app.

So, Squee app for iPhone can be downloaded and if you do it, make sure that you leave your feedback. Let’s see if Croatian startup can develop consumer iPhone application, an Instagram of its niche?