There’s a reason we haven’t heard from Score Alarm founder Ivan Klarić since he helped the company that acquired his startup, Superbet, raise €175 million.

While he has been active the last few years including investing in startups such as Good Game alongside Superbet founder Sacha Dragic, Ivan has finally announced a new venture he has been working on as a stealth startup for the last 10 months with a team of 40 people. 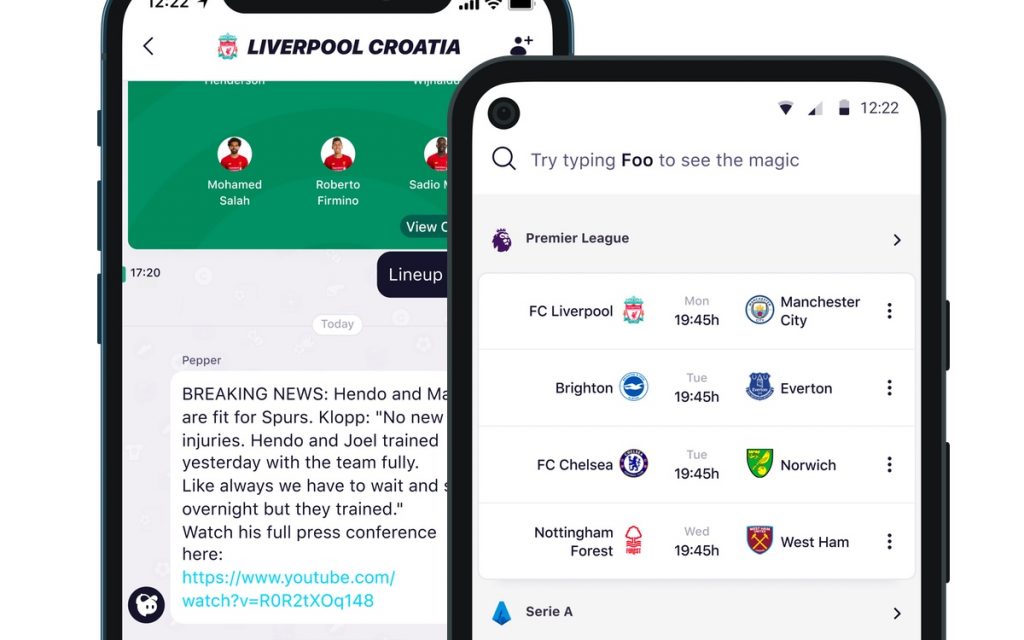 It’s called Sportening and is an advanced messaging app with AI-driven content for sports fans, currently in its testing phase focused on the fans of a dozen popular football clubs in Europe. Ivan explained for Netokracija that they have been building their products with users involved, including more than 500 FC Liverpool fans:

Sportening is a fully personalized app for your team, providing content through chatbots backed by the “super fans” of your team. That’s content you can’t get anywhere, or at least not without investing hours in that. And sport is what socializes people the most. There is a good quote on this by Phil Knight, NIKE founder, who said that sports give people a sense of having lived other lives, of taking part in other people’s victories and defeats. When sports are at their best, the spirit of the fan merges with the spirit of the athlete.

The app would be fully personalized for each user and each client – considering the number of sports, languages, and countries we are going to cover – scalability is the main challenge but also the biggest opportunity in the same time.

The need for empowered product talent

Ivan has confirmed that while he, Sacha Dragic, and the Superbet group have invested €2.5 million of their own money in the project, following its MVP they added another €1.4 million through a “friends and family” seed round that Ivan explains “involves leaders of NASDAQ listed companies, finance industry leaders, and Silicon Valley veterans.”

Total funding for the company is now €3.9 million, a large round for a B2C technology company from Croatia.

Talent will prove the biggest challenge for Sportening in Croatia, where there still isn’t a lot of product talent. Ivan is hopeful, however, explaining that their empowered product teams approach could be the right solution to not just help develop Sportening but foster product development and management talent in the market in general:

Before any product development activity, our process is centered around thoroughgoing product discovery. Our Product Managers are empowered to discover and create new value for our users and that’s what matters at Sportening, rather than strict deadlines and bureaucratic overhead.

Industry numbers, data analysis, and the results of user interviews are provided as context to the engineers who then find solutions together that will delight our customers (tackling technical challenges related to real-time communication and data processing systems, and, eventually, streaming services).

While Ivan has told me that they have managed to assemble good product teams, he concedes that focusing narrowly has its limits which is why Sportening is also opening offices in the US and the Netherlands:

We are going to open small offices in New York and Amsterdam, starting from the end of this year with the New York office and coming with the Amsterdam office a bit later. Sportening is already incorporated in Amsterdam and we are going to be an international company of people from all over the world.

One of the few Croatian founders with B2C experience, Ivan Klarić has had a good track record with fan-focused sports technology with Score Alarm. Sportening is a far more ambitious project and one that will challenge its team to potentially create another Croatian breakthrough B2C product in the veins of Photomath, with Ivan concluding:

If we manage to handle [scalability] well, which I don’t have any doubt we will, Sportening can reach the size of Spotify or Netflix.