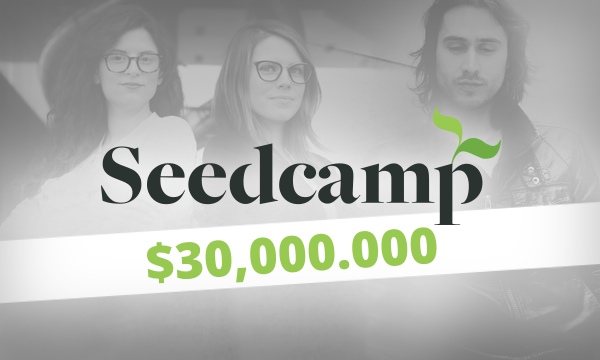 As cofounder Reshma Sohoni told Netocratic, Seedcamp will now invest from $35,000 to $250,000 in over 100 ventures in the next 4 years. Seedcamp’s “Mini Seedcamp” events (among them one organized at Netocratic’s RockPaperStartups conference in Rijeka) have been one of the first ways that a lot of regional founders made contact with the broader startup community in their perspective countries. Seedcamp’s model and growth of its startups paved the way for other European accelerators such as Techstars as well as regional players such as Hub:raum, Eleven and Launchub. Sohoni told Netocratic:

This fund is 4x larger than anything we have done previously. We hope it sets a new model for acceleration in Europe and globally. As arguably the largest investor in the best of Balkan startups like Zemanta, Farmeron, Teddy the Guardian and others, we want to ensure that more of them will raise bigger rounds, faster, and fairer terms fully across Europe…

The new fund, dubbed Seedcamp 2.0, is backed by investors from China, Russia, Europe and Sillicon Valley and will let Seedcamp do follow up investments to the startups that manage to scale their business globally. Sohoni says that while 7 years ago when they started the challenge was even starting a tech startup in Europe like you would in Sillicon Valley, today’s European founders are far more ambitious and need capital to grow their busnesses quickly. While the old Seedcamp model had a big part in creating Europe’s startup ecosystem, its founders have realized they need a new model to grow their network further.

And it’s their network that Seedcamp sees as one of its biggest assets. Sohoni told Netocratic that its now far larger access to the US market has grown thanks to the success of its startups in that market. Seedcamp itself boasts organising over 80 events involving 10,000 startups and 5,000 mentors, as well that 85% of their 120 invested companies raised next stage funding from European and US investors.

Now, through the new fund, Seedcamp can support its startups in conquering the European, Russian, Chinese and always important US market. While Seedcamp will continue investing $35,000 to $75,000 for pre-seed projects, it will now also invest $75,000 to $250,000 in startups that need next stage capital. In the end, As European startups have grown more ambitious, so must Seedcamp.