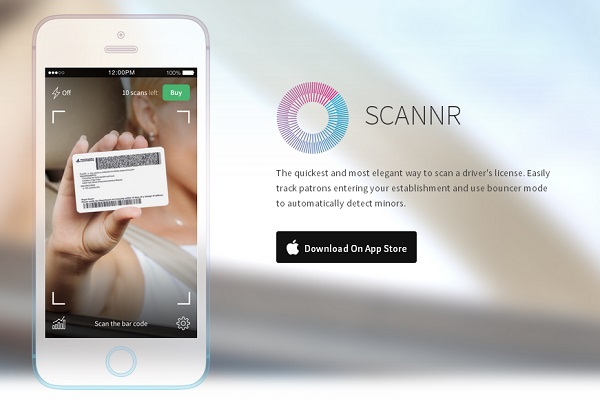 Two Croatian development companies, Infinum and PhotoPay, joined forces to create Scannr, an app that enables quick and easy scanning of the barcode on US and Canadian driver’s licenses to retrieve the information embedded in. The app is primarily designed for nightclub, bar or liquor store owners and similar establishments with age restriction policies, who can now use their iOS powered devices to automatically identify minors.

The barcode scanning technology was developed by PhotoPay, a fintech focused Croatian company specialized in computer vision and OCR, and it has so far only been used in mobile banking applications, for automatic payment of bar-coded pay slips. Together with Infinum, a leading software development consultancy with more than 200 mobile and web projects under its belt, PhotoPay decided to use its proprietary software for identification purposes.

Scannr reads the personal information directly from the driver’s license barcode, which makes it more accurate and reliable than the other apps on the market, which mostly use character recognition software, leaving more room for mistakes. The data is then sent to the device screen and can later be analyzed in form of charts, giving basic, but important information of the visitor demography.

The app also features a „Bouncer mode“ for automatically identifiyng minors. After reading the barcode, Bouncer mode presents the name and age of the cardholder on a red or green background, depending on whether the person is underage or over the age limit set by the app user, thus making the whole process mush quicker and simpler.

As of today, Scannr is available in the App Store, free of charge, but with the limited number of scans available. More scans can be bought either as in-app purchases or as the Unlimited Scans package for $24.99. The app works with any Apple mobile device (iPhone, iPad, iPod Touch) compatible with  iOS 7.