Watch Out For Romanian Startups: How Dracula's Descendants Are Conquering The Tech World - Netokracija CEE
Jump to navigation Jump to main content 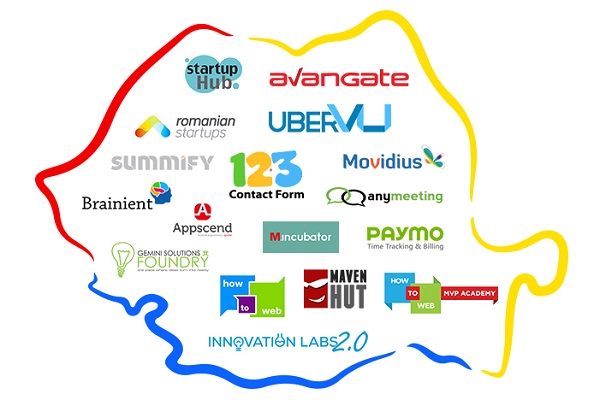 Romania had to join both World Wars and it was under the communism for over 40 years. It’s no wonder that this country is still in the process of recovery. Romania is probably still far down the road of modernization, having to compensate for all the years confronted with oppression and scarce resources. Although carrying these scars with it, Romania gets more and more noticed for what happens presently in its tech landscape. Not minding the history scars, tech startups arise and become successful businesses not only on the local market, but on a multi-national, even global level. Each day, Romania’s geeks work towards expanding their country’s name a little more. Tech enthusiasts build new startups, seek investments, take part in business incubators, accelerators and conferences. Did you know that Google chose to develop their Tango Project with the help of a Romanian-based company?

Here are some other examples – business angels seize successful opportunities which they invest in, while large international companies offer considerable amounts of money to acquire businesses originating from Romania. Romania’s thriving tech landscape and its constantly specializing tech professionals were definitely a reason for Microsoft to invest in the country way back in 2006. This landscape is also the reason for what’s happening now. With the help of Sabina Stoiciu from 123ContactForm, we present you a snapshot of the Romanian’s tech scene, featuring startups and events you might not even have known they’re from this country.

Movidius is an international company that creates computational imaging chipsets for mobile devices. While its offices are spread across the USA, Ireland and Romania, it is the Romanian subsidiary that works on developing Myriad 1, the microprocessor to be used in Google’s Tango Project. 40 Romanian software engineers from Movidius Timisoara, Romania, are working on developing the software platform for the ground-breaking smartphone that should be able to scan building interiors and create three dimensional virtual maps of them.

Avangate started as a Romanian business offering e-commerce solutions for software producers, SaaS and cloud services. It rapidly became one of the top players in the e-commerce platforms market. Radu Georgescu, the company’s founder, is one of Romania’s most recognized serial entrepreneurs and angel investors. He established GeCAD Software in the early 90’s – in 1992. GeCAD was a Computer Aided Design software development company, as its name states. In 2003, the top entrepreneur made an exit with his security software product, RAV Antivirus, selling it to Microsoft. A few years after, in 2010, Radu Georgescu’s GeCAD ePayment, the first class provider of e-commerce solutions for Romanian online stores, was bought by South-African Group Naspers. Avangate was acquired by US company Francisco Partners in 2013.

UberVu, the social media monitoring service acquired by industry giant HootSuite, began its existence as a Romanian London-based startup, founded by three Romanians – Dan Ciotu, Vladimir Oane and Dragos Ilinca. In 2008. UberVu was one of Seedcamp’s 2008 winners and thus received a seed funding of $50K. HootSuite acquired UberVu in January 2014, offering somewhere between $15 million and $20 million, planning to expand its social media analytics platform. Although based in the US, UberVu remains a company founded by Romanians, which has proven once again its value through the HootSuite exit.

123ContactForm is a SaaS for creating web forms and surveys, located in Timisoara, Romania. Founded by Florin Cornianu and Tudor Bastea in 2008, 123ContactForm rapidly evolved from the startup state to a global service with increasing success on the major world markets. It became one of the top 5 form builders worldwide and has reached so far a user number of over half a million companies. 123ContactForm benefited of the support of the Timisoara Software Business Incubator and its mentor, Radu Ticiu, just as it received helpful business advice from the Executive Director at American Business Mentoring, George M. Etheridge.

MavenHut transforms classic, single-player games into social games for both web and mobile. An Ireland-based company and a Startupbootcamp 2012 alumni, the company has its headquarters in Bucharest, Romania. It was founded by three Romanians: Bobby Voicu, Cristi Badea and Elvis Apostol. In 2012, MavenHut received a €500k funding from SOSventures. Their first game, Solitaire Arena, registered 120K players after launch and 20K daily players back in 2012.

And let’s not forget…

Other successful Romanian tech startups which deserve global attention are:

Well, the Romanian tech startup scene is rising and if you want to be updated, you should probably turn to online directories such as RomanianStartups. It now features updated: 218 startups, 7 accelerators/incubators, 39 events and 445 founders (thanks, Mircea!) involved in this ambitious community.

And the number is constantly getting bigger – that is why the vital resource in the local landscape is the sustaining infrastructure. There are several startup conferences, software incubators and training programs. We have presented some of them already at Netocratic  – How To Web is the biggest tech innovation and entrepreneurship conference in South Eastern Europe. Founded by Bogdan Iordache (you could meet him at last year’s Netocratic conference in Croatia, RockPaperStartups) in 2009, How To Web brings together entrepreneurs from Central and Eastern Europe, as well as international speakers. The event focuses on providing expert mentorship and feedback for startups, so these can get clearer outlines for their business path. TechCrunch’s Mike Butcher was one of the judges in the evaluation team, offering in-depth insight from an expert point of view.

TechHub Bucharest is a co-working space in Romania dedicated exclusively to the tech professionals that want to work together from a creative and dynamic environment. Being the heart of the Bucharest tech community, TechHub Bucharest was founded one year ago by Bogdan Iordache, Daniel Dragomir and Stefan Szakal and it now has a space divided between permanent offices for resident members, co-working places, meeting rooms and an event space that hosts weekly meetings on tech related subjects.

Timisoara Startup Hub, Software Business Incubator, Innovation Labs, Gemini Solutions Foundry, and Mincubator are more humble alternatives to the globally known incubators and accelerators. Also, we mentioned another similar initiative, How to Web MVP Academy, a pre-acceleration program for CEE early stage tech startups offering a top notch 7 week educational program enhanced with key connections to amazing mentors and potential further investors. Besides the educational component, the finalist teams will have access, for the entire duration of the program, to co-working space, mentoring, as well as an international tech community and connections with angel investors, acceleration programs and early stage venture funds. The first edition of the MVP Academy ended a few days ago with a Demo Day.

After reading this, you can probably compare Romania and its tech startup landscape with the rest of the Central and Eastern Europe. There is a lack of sufficient funding for startups, like in the most of this region’s countries, but in the same time this country is on its path to become a global technology talent provider. In the future, we expect to hear more success stories from Romanian tech companies – and to write about them, of course. While we think that Silicon Valley is a great example we can look up to, it is more important to see what our neighbors are doing. Serbia, Bulgaria, Croatia, Slovenia and other countries from this area have a very specific background that brings similar problems but also similar opportunities. If we join forces and share our knowledge, it will be much easier to overcome the obstacles and to build a real CEE tech empire.