Rosetta Stone is the leading authority in digital language learning. Using the patented Dynamic Immersion technology, Rosetta Stone has been helping people learn a new language since 1992. With the rising demand for mobile apps, they decided to follow the trend and provide better, faster and more convenient products oriented towards mobile users.

Recent application overhaul, including appealing visual redesign, mobile friendliness, and better overall user experience resulted in a significantly increased number of downloads, account activations and in-app purchases. The development team behind this success is Croatian FIVE who have been providing design and technical support for almost two years now.

Brussard dedicated his career to helping engineers, designers and product managers in their visions using agile methodologies. After the inspiring talk at Shift 2017 conference, he shared more of his secrets to success.

How would you describe yourself outside of the professional world?

What I love doing always comes down to helping make things. I have lots of hobbies that are around building art projects, making videos, or producing songs. A part of what I enjoy about work is essentially that I’m helping make things, but I happen to be making things that are important to myself and to the company I work for.

I use any opportunity to provide support for other people who are building things. Since I’m not a craftsman, a musician or woodcarver, and there are things that I cannot do on my own, I try to facilitate and create environments for other people to do those things. When it comes to producing, music for example, I’m not a musician and it is not me creating it…it is everybody else, I just like to be able to find myself in a position to help other people to express their potential.

What was the greatest “A-ha” moment in your career?

It is very easy for people, in small and in large groups, to get frustrated with something that is happening and to assume that reason is going badly or that the other group/person they are working with is working against them. I’m sure that happens very often.

Most of the time you have two persons who see themselves as reasonable and kind individuals, but for whatever reason they eventually perceive each other as adversaries. It is easy for people, in work especially, to fall into that trap of thinking of themselves as a hero and the other person as a villain. In reality, everyone is seeing themselves as a hero and anytime I have the ability to help people past that makes me feel like I’m doing something useful.

It is not a contest of heroes, but rather a group of people collaborating and working together.

Honestly, when I was younger I fell into that trap myself saying: “Why is that person trying to make my life difficult?” Now, I realize that is never the case. Rather, they are doing their “own thing” and maybe “that thing” makes it hard for me or makes it feel it’s harder, but it’s never from bad intentions.

Is there something that worries you when it comes to technology?

We’ve become super dependent on technology and sometimes, it’s used in bad ways. It is very important for people to realize that technology will just continue existing. it’s not going away – so we need to manage it. There will always be good and bad people successfully leveraging technology for their purposes. People shouldn’t be afraid of those changes, but embrace them and see how they can work for us.

In the US, we have communities with extremely open government records. For example, you can search the minutes of all city council meetings. That means that someone had a good idea of making those records, which are by law usually supposed to be accessible, but the means to accessibility may not be convenient. Some of these communities had decided to use technology to make sure that the transparency of the government is effective and easily consumable.

I worry when people back away from technology because they get scared of its implications. They should be really thinking how they can leverage the technology to do good things.

How do you see the role of social networking in mobile applications three years from now? 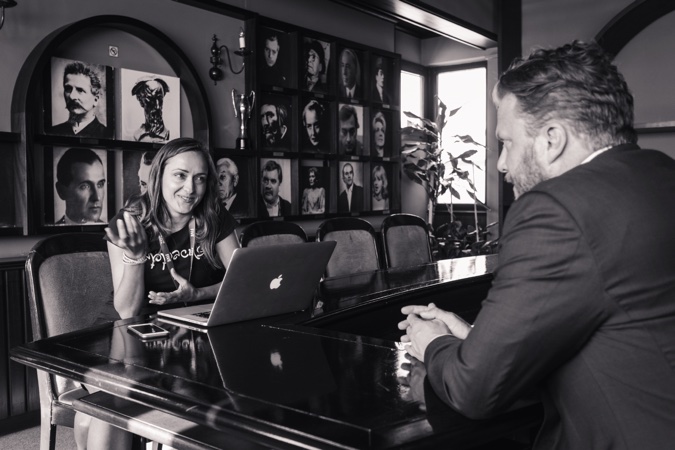 The same cycle repeats with every technology. At first, only a few people use it, then it becomes very exciting so lots of people jump on bandwagon. Eventually, more people than is probably needed get involved and they start backing off. That cycle repeats over and over again.

People like to make fun of Millennials for taking selfies, but then you go in an old castle where someone paid to have a painting of themselves up at the entrance so everyone can see it. It is in human nature to have pictures of themselves, so it’s not only millennials who are different from the people in the castle. In that sense, it’s just easier and more accessible to take a selfie instead of oil painting. The underlying instinct is the same in all those cases.

Therefore, I’m very curious to see how the technology will change. When I was a kid, computers we had were incredibly basic. Now, the phone that I have in my pocket is ten times better than the computer I had in college. I cannot even imagine what 10 years from now, or even three years from now is gonna look like. I remember when Apple came out with Retina display. It was already the best monitor ever and they asked: “What if we make it way better?”. I never thought this should be any better, but they did it, they made it incredibly better. Now I’m at the point where I just enjoy watching it all happen.

When do you think machines will take over?

In terms of “Terminator”, I hope it’s not going to happen for a long time or never. But in terms of robots facilitating or doing things for us, the sooner the better. It is important to keep on evaluating how any technology can be used to make life better.

There will always be those who feel technology is bad because bad people use it for their agenda. For the most part, the reason behind innovation is to try to do something good. The core question is “how can we use technology to do more good for more people? We have to make sure we are using technology to make lives easier, and not just to change cover photos on social media channels.

How do you decide what you are going to build next?

Lots of people don’t know that thousands of schools use the product to teach languages. Thousands of companies use it to train their workforce or evaluate how proficient people are in different languages. Therefore, the only thing that we think about, besides how to make software more effective, is which particular set of people we present it to first. Conveniently using mobile, we did that for consumers first, then businesses and schools where tablets are becoming viable desktop alternatives.

What makes an Agile professional stand out from the crowd?

There are 5 important Ws and an H to ask in decision making. Those are What, Who, Where, When, Why, and How. These questions provide with a better insight into the value of what it is that we are developing for end users.

The commonly overlooked question is why. It’s a very important question when it comes to new features, new releases, new product line, etc. Understanding the “why” may be the most important question to ask, especially in the environment that is intended to be truly agile. The answer to these questions presents the actual value to the users.

What is a successful Agile team made of?

Regardless of the actual titles, you may have dedicated team members demonstrating qualities of a particular role, resulting in rendering some of the roles pointless.

It’s important to focus on figuring out what a specific gap is from the goals’ perspective and focus on making sure it’s filled by actual team members, rather than thinking about how the title names can fill it.

How does Agile approach benefit teamwork?

What makes Agile so good is that it has this expectation: the people who are closest to the problem are the ones who are going to make the best decisions about how to solve it. In addition, you don’t have a single person at the top describing what happens on the project, what is it that clients want, how much money is spent, etc. It is a collaborative approach, rather than a dictator approach. Relying on everyone’s wisdom generally leads to much better & quicker results & products.

“Success is always a team effort”

The elements of Agile are helpful and facilitate human behaviour. After all, it is human behavior that makes agile effective. If we’re getting together every month talking about what we have done and how we can do it better next month, is actually very helpful.

How do you show your staff that you care and how do you keep them motivated?

Keeping people enthusiastic about what is it that they are doing. Most people lose interest in what they are doing and they don’t feel like anyone cares. Then, they are just showing up and doing things that don’t matter much. If you make them realize that what they do does really matter and how their contribution makes products successful in any way (or any other way that it is they are contributing) I think that realisation of purpose or contribution is what motivates people the most.

Successful relationships are for partners, not just vendors 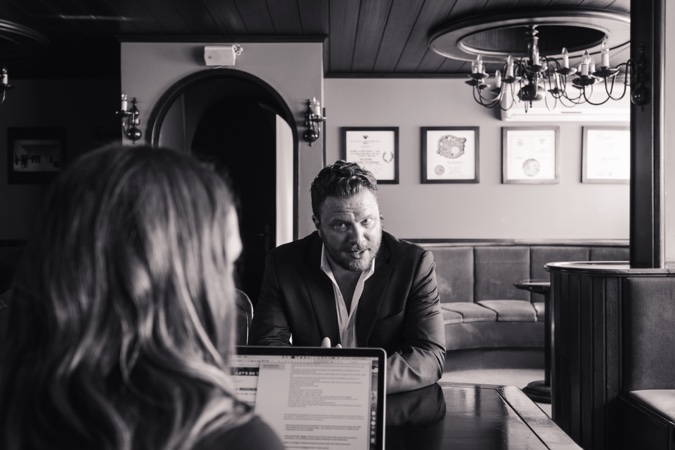 Brussard expressed his positive thoughts about continuous engagements that they have with FIVE agency: “Our partnership has been successful in so many ways. The core principles of our successful relationship are collaboration, professionalism, competency, and qualifications in developing what our product and users need. However, it is not just that FIVE has all those qualities, they work with us as partners, not just vendors, and that is what we highly appreciate.”

We are looking forward to seeing more success stories just like this one.