The story of how Angela, my developer colleague, made my life easier. And how I made hers a nightmare. - Netokracija CEE
Jump to navigation Jump to main content

How did it all begin in the first place? We started working together when the needs of the client and the campaign surpassed our capacities. The marketing department simply didn’t have enough manpower to deliver everything within such short deadlines. We needed to develop a tool to automate a part of our work which usually took too much of our time and left room for human errors.

First, we automated some simpler tasks for a client from the aviation industry, for whom we run dozens of ads for hundreds of thousands of aviation routes that users search. With the help of Angela and her team, we no longer spend a single second setting up those campaigns.

However, we did spend many seconds, minutes, hours trying to get in sync

In our industry, it’s common to think that developers and marketers understand each other poorly. In our case, it proved to be true.

Before that, the only project Angela and I had worked on together had been supplying each other with lighters and cigarettes. Even though we’re colleagues, I knew nothing about her work except the fact that she was a developer. Our collaboration became a little less casual and smoke breaks were replaced by Tuesday Assemblies.

The internal sync between us and the developers, our Tuesday Assembly at 2 pm came as an attempt to check on progress, problems (if any – and there are always a few), and plans for further steps. Initially, we needed an interpreter (and we had one – thank you, Ivan Frančešević). We just failed to understand each other.

We were both throwing around technical terms the other party was not familiar with, often looking to Ivan in hopes he’ll clarify what on Earth the other team was saying. We weren’t exactly going overboard trying to adapt our communication and provide broader context, so our Assemblies never lacked in heated discussions or laughter.

What a twist: Instead of setting deadlines, I got deadlines of my own!

In the beginning, it was mostly I who set Angela’s deadlines. Of course, the goal was for them to meet the deadlines set by or promised to the client. However, I soon found out I couldn’t set as many deadlines as Angela could miss. That was definitely a big point of contention at the start. In marketing, we’re used to tight deadlines and client pressure, while developers on the other hand often bump into problems that need to be solved, making it harder to give a precise estimate of the time required to complete the project. It’s just the nature of their work.

At one moment things started to turn around and aside from the client’s deadlines, I started getting deadlines from Angela. As if there weren’t enough on my docket already… I kept hearing Angela say she was blocked and couldn’t do any of her work until I did mine, whether it was checking the campaign settings, number of ads, or something else entirely.

“The job wasn’t finished on time because they (the developers) encountered a problem”, was the sentence we often repeated in our calls with the client. “What sort of problem?”, “Why did it appear?”, “What’s the current status and what are they doing to solve the issue?” are all questions we (the marketers) often had no answer to.

To put it simply, we didn’t ask, they didn’t answer. We each stuck to our scope of work.

Little by little, we reached a happy ending

The moment we realized that such an approach is leading us to utter unproductivity and frustration, we started working on our weak spots and changing the way we approach a common project. We realized how important it was to provide each other context for the issues we were facing and we started to understand each other better. Thus requests with no context were replaced with shared goals we wanted to achieve for the client, our current results, the budget at hand, and the direction we wished to take with our campaigns.

For example, the request to “include an extra couple thousand routes in our campaigns by the middle of the month” got a wider context: “because we want to increase campaign volume in the first half of the month so as not to risk exceeding the monthly budget”.

The dev team supplied their brief updates with information as to what has been completed, where problems arose, whether they were working on solutions and how, as well as insights on further plans. We realized how much our work depended on theirs and vice versa, and found a much more favorable approach to collaboration than staying out of “someone else’s” scope of work.

Since I still don’t know what Angela is talking about when I hear {insert random dev terms}, I wouldn’t really call myself fluent in this common language of ours. She’s been doing somewhat better than me, so over time she learned how to navigate the Google Ads Editor and Google Ads online interface, and now she “plays around” with campaigns like a pro.

She can tell you herself:

That was very generous to say about my Editor and online interface skills. I can recognize a pattern, but whenever I need to set up a filter rule I run through the office with my laptop, yelling “Nikeeeee, how do I do this?”

You need a certain level of expertise to completely master the tools used by our marketing team, and Nikolina is my expert!

Still, did Angela do me a disservice after all?

Despite Angela’s kind words, one thing still has me wondering. Automatization is undoubtedly of great help to us, but the question remains how beneficial it is in the long term. Considering Angela gets more work because of this and I get less, who’s really helping who is up for debate.

Everyone in the industry is well aware that AI and automatization taking over our work one day is not an impossible scenario. I choose to think that it will free up more time for us to dedicate to the more creative side of our work – strategy, campaign optimization, testing, experimenting, and analyzing results. I won’t miss operational stuff and manual campaign setup too much anyway. Maybe the new era won’t see us get left behind, but bring us even higher quality campaigns, even better results, and more satisfied marketing teams and clients.

And what about developers? Well, Angela will tell you about it in her own piece.

Until then, be sure to check our career pages if you want to tackle marketing and development challenges with us. 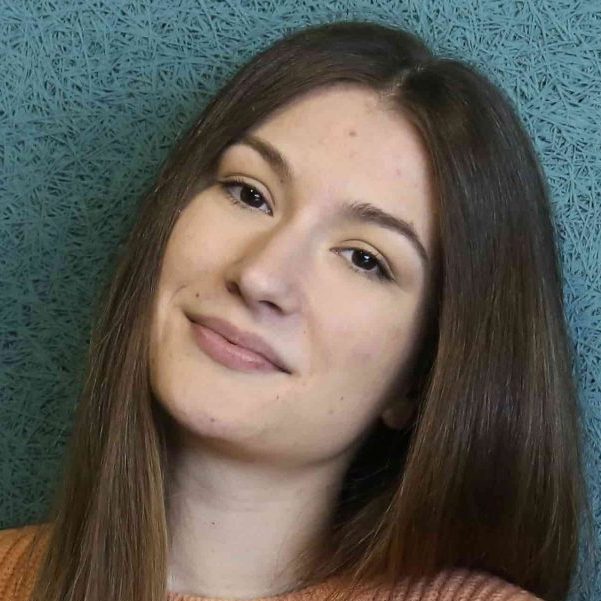 Part of the Split SeekandHit team for the last year and a half, currently in the position of a digital marketer. I sing pro bono around the offices. Thanks to online lectures, I am (still briefly) a graduate student of marketing in Zagreb. I love everything that young people love - meaning dogs. :D