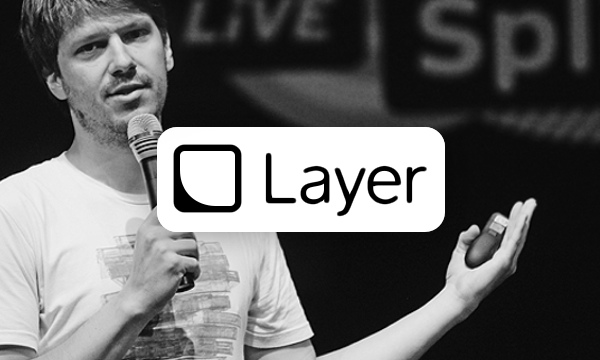 After it secured 1.5 million dollars and another 6 millions in seed investment, American-Slovenian communications platform for apps Layer announced that it raised 14.5 million in Series A funding from Homebrew, AME Cloud Ventures, CrunchFund, Fuel Capital and others.

Layer is a tech startup with roots in Southeastern Europe – it was co-founded by ex-Vox.io CEO Tomaž Štolfa and Grand Central CTO Ron Palmeri. Its goal is to become a communications platform that can be integrated into any mobile app, and in future web apps, by simply adding a few lines of code – a communications layer. You can read the details in the interview with Štolfa we published last year, but in short – it’s designed for developers so they can enable communication in their apps – text, voice, video messages and sending files. Also, it offers a set of open source components, Layer UI kit, that works with the SDK, allowing developers to quickly build out specific user interface features.

The newest addition to the Layer’s team is its CTO, Andy Vyrros, former Apple’s leading engineer who was involved in developing services like iMessage and Facetime. You can read more about the reasons he joined Layer in his blog post.

Once again – congratulations to Tomaž and the rest of the Layer’s team!