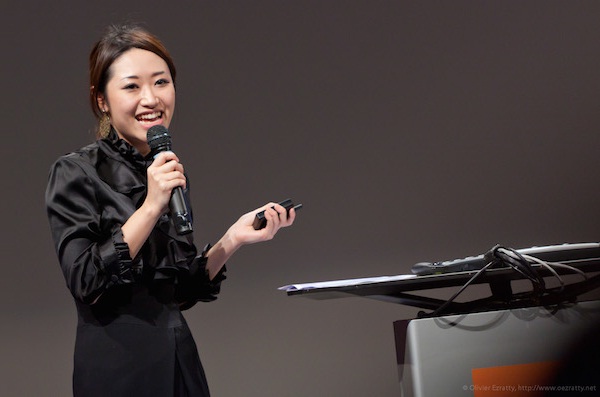 For the 4th edition of the annual Lady Pitch Night competition, Europe’s leading conferences LeWeb, Dublin Web Summit and The Europas have teamed up with Girls in Tech & Orange to offer this year’s finalists and winner a unique opportunity to gain more exposure at their respective events.

The Lady Pitch Night competition is a startup competition open to all companies headquartered in a European country (or Israel) with at least one female founder and between 6 and 36 months of existence. 5 finalists are invited to a final pitch competition in Paris on September 23, 2014.

Thanks to partners LeWeb, Dublin Web Summit & The Europas, this year’s finalists will all receive:

In addition, the winner will receive:

Roxanne Varza, co-organizer of the Lady Pitch Night and co-director of Girls in Tech in Paris, said:

This is a unique experience for Europe’s top female entrepreneurs to gain more exposure and recognition. People are always saying that there aren’t enough women at top tech conferences. I’m so pleased that our partners LeWeb, Web Summit and The Europas are working with us to change that.

Applications for interested startups are still open. More information about the Lady Pitch Night can be found online at ladypitchnight.com.