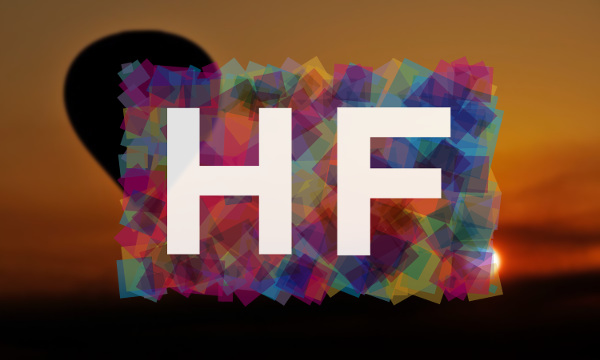 HackFwd, a European evergreen pre-seed accelerator founded in 2010 by Lars Hinrichs, started its story with a hello. Now it ends it with a kthxbai. Yes, the fund has stopped accepting new  startups three years, three months and three days after it began supporting Europe’s most passionate geeks. In its goodbye blog post, Hinrichs named 10 things they learned during that period – five things they got right and five ones they did wrong.

Hinrichs pointed out that, when they started, there were hardly any accelerators of note in the world. In Europe, Seedcamp was in its second year. In Asia, Innovation Works had yet to launch. And in the US, Y-Combinator was just starting to gain traction.

Today, it’s a very different landscape. There are literally thousands of accelerators; so many that I often wonder if there are more accelerators than angels and more angels than there are entrepreneurs. We also have meaningful startup movements in virtually every country on the planet. From Shanghai, to Bucharest, from Moscow to Cape Town, from Alaska to Chile, Argentina to Miami, from Riga to Paris. The odds have changed.

Hinrichs also mentioned how digital innovation is changing workflows, collaboration, and business practices all over the world. Things are different for VCs. There are also far more startups that support startups, such as Angelist.co. Even crowdfunding sites, like Kickstarter, have helped fund new ventures and provided millions with a front row seat to the world of entrepreneurship. Despite the fact it is an exciting and dynamic time to be an entrepreneur, HackFWD is being stopped. As they say in Silicon Valley, you either win or you learn and Hinrichs says they learned this:

What HackFWD Got Right

1. Geeks Can Be CEOs. Hinrichs thinks it’s far easier to teach a geek about business than teach an MBA to code.

2. European Geeks Are As Talented As American Ones.  European geeks not only bring equal amounts of passion and genius to the table, but they also bring determination that only a presumed underdog status can inspire.

3. Mentorship Is Worth More Than Money. The generous funding package is appreciable, but real access to luminaries from every startup discipline is very important. Areas that HackFwd put emphasis on were product, strategy, marketing, HR, recruiting, and finance, but also broader topics, like brand, distribution, PR, business, etc.

4. The Need For In-Person Inspiration. Every quarter HackFwd hosted Build Conferences in Mallorca, later in Berlin. The point was not only to expose each startup to amazing talks and face-to-face feedback on their progress, but also allow them to learn from each other and benefit from the emotional support of their peers who were at a similar point of the startup journey. Although it would have been easier and more cost-effective to do everything online and remotely, Hinrichs thinks their Build Conferences were the critical human drumbeat to help both enlighten and empower their teams at regular intervals.

5. The Importance Of Intellectual Generosity. The accelerator supported innovation, so it was important that any would-be founder could access its content, regardless of whether they were lucky enough to join HackFwd. Its content became a meme, its tools were used widely, plain English contracts were praised…

What HackFwd Got Wrong

1. They Didn’t Cut Early Enough. In part due to the amount of energy and focus they put into each startup, it was difficult to press the stop button early enough when things weren’t working.

2. It Was Difficult To Nurture And Scale. Hinrichs did not find the formula to scale while still truly supporting every venture. He fundamentally refused to follow the common “spray and pray” approach of so many Super Angels or VCs, so they had a dilemma of having a business that was the right thing for each startup but also potentially the wrong thing for HackFwd.

3. They Underestimated The Bureaucracy. Bureaucracy in some European states, and across Europe is high and all of HackFwd had extensive international experience. Nevertheless, they totally underestimated how high, and how disproportionate a load this was for small companies. Each European country has its own (unnecessarily complex) rules and regulations for setting up a company. As they helped each startup become legal businesses, they were frustrated by the needless complexity in each market. Hinrichs is pushing hard at all levels of government to create a simple, European standard for establishing small, limited companies. No need for a notary, instant access to shares, electronic filing and registration, standard contracts, and business language of English. He is part of Neelie Kroes’ Leadersclub and you can find more details in their manifesto we published earlier.

4. They Assumed Faster Exit Times. Within the first couple of years, they realized that, on average, any exit required between 5 and 7 years to be worthwhile, longer than the average time they’d hoped and planned for. This stands in sharp contrast to the US, where exits commonly happen within a year due to talent acquisition hires.

5. It Can Be Hard To Go Deep And Wide. They had a variety of startups, which showed the broad appeal of their offer. But it was difficult to constantly switch focus between challenges without feeling like they were short-changing people.

Investing is like taking a shower but not truly getting wet — I must confess that I missed the days of diving headfirst into a challenge, all the way.

Hinrichs will continue to be an active investor, but he also entered the real estate world, as he tries to re-imagine the rental market.

I saw a big opportunity to make a painful process far better for everyone, and I couldn’t help but jump in and try. Will it work? I don’t know. And, truthfully, I don’t care. I love trying.