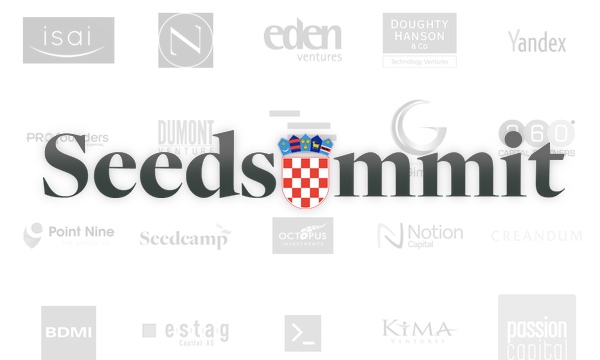 Seedcamp has been known for its continued investments in the CEE startups and has decided to focus its efforts on making these investments simpler for themselves and other potential investors in the region. The investor group Websummit just issued the first localized Termsheet for the CEE region, as Seedcamp tells us exclusively, translated in Croatian and adapted to Croatian legislation, to make the investment process easier and more transparent.

Seedcamp believes that Croatian startup scene has much to offer, and has repeatedly and successfully invested in local startups:

For many years we have been continuously impressed by the level of high quality business ideas and talented teams coming from Croatia. The startup scene has rapidly expanded and many companies are actively looking for funding. Seedcamp has invested in many Croatian companies (including Farmeron, Oradian, and Teddy the Guardian) and see Croatia as a flourishing startup ecosystem in Europe that will continue to grow.

This is also why Croatia was the first choice for localization of the Termsheet in the CEE region. The document was drafted by Seedsummit, a group of 25 leading investors comprising, among others, Eden Ventures, Passion Capital, Kima Ventures and Wellington. This group is focused on creating transparency in the European startup ecosystem by providing documents that range from a founders’ agreement to investment termsheets.

This addition marks the fifth jurisdiction in the Termsheet series, and the first one in the CEE region.

The localized Termsheet takes into consideration various differences between English and Croatian laws and was adapted to bridge those differences while staying in the spirit of the original document. All major terms for early stage investments are covered in the document, aligned with what the Seedsummit supporting organizations agree to be fair and standard for early stage deals.

This was achieved through close collaboration with local experts, namely the Law office Šarolić Robić and Marija Butković, and the project is supported by the local incubator ZIP.

Startups can use it as a template or starting point in structuring their deal and to get an understanding of the generally accepted standards. The document will also bring some clarity into the still fuzzy laws and practices, explains Matija Kopić, founder of Croatian startup Farmeron:

It will bring a much needed transparency to sometimes obfuscated startup funding scene locally. I hope it will also drive new investors i.e. wealthy individuals to start looking into this kind of investment mechanisms.

The document can be downloaded on the Seedsummit web page, and anyone wishing to get involved with the localization can get in touch with info@seedcamp.com.