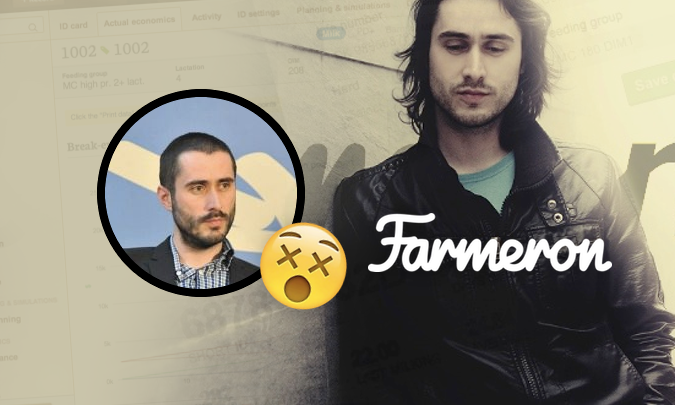 What happened to Farmeron after its sale?

Last August Farmeron confirmed that it was bought by a long-time client and investor Virtus Nutrition, however it would not tell how high the amount was. For those who are following the scene closely, the message was clear: the amount was not high enough to boast.

In the beginning of the year, as we were informed by multiple sources and got a confirmation from the founder, Matija Kopić, the new owner decided to close the office in Osijek as a part of a strategic restructuring. Farmeron Inc. (American parent company) will assume all future activities in certain sales areas, customer support and development and maintenance of Farmeron products. The aim – in the words of the owner – remains digital transformation of the dairy industry.

Nevertheless, it has to be emphasized that Farmeron – through establishment, development, scaling and acquisition – has lived through a normal business cycle of a company, although perhaps not the one that was hoped for by all in the community as well as Farmeron’s team. Kopić adds:

Although I understand that the public might have expected a different outcome, the Farmeron story continues in a format different than the current one – and I believe that under the new ownership structure Farmeron has a bright future. The owner has a long-term vision of positioning Farmeron as the key technology in the future of its own business (by implementing it in its own business) and as technology badly needed in American dairy sector. Further product development in the Croatian office and in the same direction does not fit into this vision and operational plan, and that’s completely understandable and expected.

Although most people first heard of Farmeron after it secured an investment from Seedcamp and after that an investment of $2.65 million from the US funds led by SoftTech, Farmeron was active and on the scene years before. I met Kopić at the first regional Mini Seedcamp that was held in Ljubljana in 2011. Seedcamps were the first events in the region that have actively connected local startups to foreign and domestic investors.

While the other Croatian startup, Repsly, met their angel investors Saša Cvetojević at Mini Seedcamp in Zagreb, it was the Seedcamp in Ljubljana where Farmeron impressed its investors and was accepted to the accelerator program of the then leading European accelerator.

It was a year of 2011 when the inexperience not only in development, but particularly in operational processes and selling was the biggest deficit of any domestic startup. Kopić and his team were simply a group of developers who wanted to solve a practical problem. A quality product and a serious approach have brought Farmeron through Seedcamp and then through 500 Startups which is still one of the two most respected American startup accelerators, the other one being Y Combinator.

TechCrunch chose Farmeron as one of the most interesting startups from the investment batch of 500 Startups accelerator. Then in September 2012 Kopić brought dozens of investors to Zagreb, to the conference Geeks on a Plane where for the first time the startup scene met Mate Rimac, who was at the time quite unknown.

In the big interview for Netokracija following the investment of 2012, Kopić described their biggest challenge:

Farmeron didn’t have it easy to come from an idea to the product for which someone wishes to pay – precisely because the product is aimed at the conservative audience and we didn’t have a formal sales process structured around the product. Only recently have we come to the point where we are ready for the formalization of this process and preparation of the sales team (for which we will partially use funds from the recent investment).

Kopić and his team spent a lot of time on large farms of their users in order to develop a solution that they really needed. Unfortunately, American dairy industry and market have been going through difficult times for years which, in part, slowed down development of Farmeron. Kopić explains for Netokracija:

In 2016 we were faced with business difficulties, caused partly by a difficult situation in the US dairy market lasting for years. Achieving market leader position in agtech business, in any segment of the agricultural industry – is a race in the long run. One of the most successful agtech entrepreneurs once said: for a technological success in agriculture (it doesn’t matter which segment is in question) you need at least 10 years and 10 million dollars. Farmeron has walked just over a half of that way.

Revealing details, Kopić says that digital transformation has only begun in the agricultural industry, even in the US.

Good timing is definitely important in any business. It takes a lot of investment in basic digital literacy of farmers in order for technologies like Farmeron to really live up to its full potential. Of course, we also had a bunch of internal problems and we had to deal with them on the fly – with some less, with some more successfully.

What Farmeron meant for Croatian and regional startup scene?

Although many have adopted a negative tone, heard way too often, to describe the whole Farmeron story as the latest evidence of senselessness of accelerators and investment funds, it is being forgotten how these successes have helped and encouraged the rest of the scene.

Many founders of now growing projects like Rentlija or Bellabeat may not have decided for this move if they hadn’t seen that “this is possible” in the Farmeron example that was the first Croatian startup of the new generation which – as I have already mentioned – attracted an investment first from a British and then an American accelerator and then an investment of respected American investment funds. 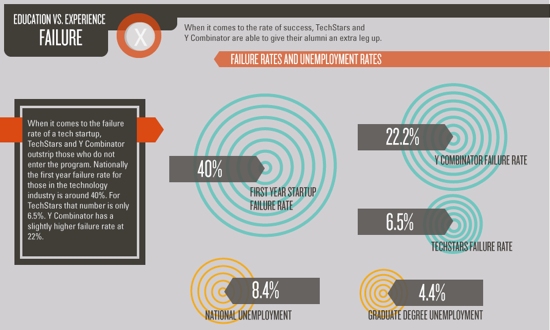 Did the investment pay off? It isn’t called risk capital without reason. Funds like 500 Startups invest in projects in the earliest stages of development expecting that 3 out of 10 will return the invested money, and only 1 out of 10 will earn so much that the whole story will be profitable. The global success of Airbnb and Amazon’s acquisition of Twitch for $970 million are certainly enough of a reason for Y Combinator to continue its programme of investing into hundreds of projects, and you will very likely never hear of most of them.

In Croatia and Europe, it has been discussed for years that one of the biggest challenges in entrepreneurship is stigmatization of failure which leads to a situation where young people are afraid of trying just anything. Condemnation from the environment, family and friends saying “we told you so” means for many simply too much pressure. But some might – just to try – create companies that would create new jobs and opportunities.

A good example is a recent investment in Layer, a startup by a co-founder Tomaž Štolfa whose Vox.io closed a few years ago. Vox.io, like Farmeron, went through Seedcamp but at that time didn’t succeed in winning customers. Tomaž persisted and now runs one of the most prominent American platform startups, which would not have happened if he hadn’t failed with Vox.io.

Research by professor Kathryn Shaw from Stanford Graduate School of Business has shown that experience gained even in failed projects, significantly increases the likelihood of success for future companies.

It is important to remember that, although startups do not always succeed, positive consequences of their existence stay with us. Even if Rimac Automobili go bankrupt tomorrow, they have created a generation of engineers who know that they can create the fastest electric car in the world. In the same way Farmeron created a group of engineers who have learned a lot and now, armed with experience of developing “Google Analytics” for cows for global customers, they can more easily venture into new challenges.

Where is Farmeron’s team heading?

On 7 February Kopić established a new company, Gideon Brothers, with his colleague Kruno Stražanac from Farmeron. It is based in Osijek and many programmers from the former company will join. The rest will continue their work in other companies: be it in Osijek, there is a deficit of good programmers as anywhere else, be it in technology companies in Zagreb or abroad where their experience in developing agrotechnological projects will be very much appreciated.

From a source at Seedcamp we have learned that through the local network Farmeron’s team will be available to potential customers, which makes sense considering that many startups in which Seedcamp invested, suffer from a lack of programmers. For Netokracija, Kopić revealed a part of their plans:

We are fascinated by opportunities for further work on exciting projects that will accelerate digital transformation – but we are as well motivated by other things outside agriculture. We have established a new software development company in Osijek and taken on new interesting projects – de facto we made a kindergarten for new future Farmerons. A big part of the family (around 25 people) stays together and we are focused on technical excellence without compromise, especially in the field of developing mobile and enterprise Big Data solutions. We can’t wait to see what tomorrow will bring!

While many have expected Farmeron to fail from the very beginning (and it will be sad if they will now gloat over the news), Kopić and his team have succeeded in achieving what many SaaS startups in Croatia or worldwide haven’t: they created a good team, found customers on demanding global markets and put “Croatia” in the vocabulary of many investors, buyers and journalists, while learning how to develop a really good-quality product and sale.

Kopić is proud of the team and of what they have achieved in Farmeron:

We have gathered an outstanding team, made a very complex and valuable product, earned the trust of some really big clients – but at the same time we made a lot of mistakes: from some segments of product quality, customer service and communication that lagged behind in certain cases, to selling to farmers that were under too much pressure by macroeconomic fluctuations in our market. Personally, I made a bunch of poor judgements and decisions, but I am still proud of our work and our team.

Thanks to this work, Kopić will have it easier to develop and sell any next project based on past experience, and find investment or buyers with the help of acquired contacts.

In the end, we as well as Kopić have gained something. For startupers that started encouraged by Farmeron, developers who have learned while working on a challenging project and the rest of the scene it is better that Farmeron existed – and failed, instead of not being there at all.