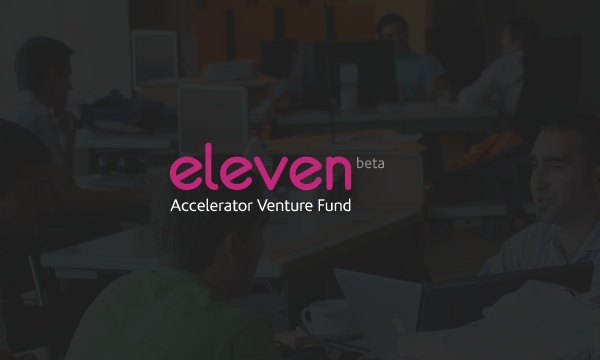 On April 8th we had an awesome day at Eleven, as the 13 companies that we selected for our third batch – we call it Eleven Season 3 – started our acceleration program in Sofia. That brings the total of Eleven companies to 32, and with over 1,100 applications, over 100 live pitches, and three selection weekends behind us, we are starting to get an idea of what works and what doesn’t when it comes to applying – and getting accepted – to Eleven.

You’ve probably heard it from every early-stage investor before: It’s all about the team. Ideas are a dime a dozen, it’s the execution that matters. So far for the platitudes, but it’s inherently true that it takes a great team to execute a disruptive product concept. Many teams who applied to Eleven over the past months have stressed their long-time personal traction: childhood friends, fellow students, former colleagues. While we notice that the presence of such common history definitely helps a team to stay together during rough moments, it actually appears less helpful when tough decisions need to be taken. So far, thankfully, we haven’t had co-founders leaving teams, but layoffs have occurred, as well as sharp pivots, and in such situations we have observed that the ability to make tough, merit-based calls is what makes the difference, together with two other qualities of paramount importance: a deep sense of commitment and the balanced presence of core skills.

With ever-decreasing hurdles to launch a startup, and an ever-competitive job market, we live in times when quickly forming a team around a seemingly lucrative product idea, and applying for funding with one of the newly established accelerators and funds has become popular and even mainstream in terms of urban culture. Most teams that apply to Eleven, at first sight, are impressive: great talents, bold presentations, and compelling cheerfulness. We have, however, found it very helpful to focus on understanding the sum of personal commitments to the project. In Eleven’s application process, the question relating to full-time commitment and physical presence in Sofia for the duration of our acceleration program appears on at least three different occasions, and any conditional answer is a severe put-off.

We’ll talk about this in more detail below regarding hustle, but success in quickly validating MVP iterations undoubtedly requires diversified skills for fast shipment. A lack of either product/business, technical, or design skills is hard to sell, and the lack of two out of three just doesn’t make it.

As we’ve seen above, the presence of skills and acumen from previous work doesn’t guarantee success if there are issues with commitment. On a deeper level, we also try to abstract from by-the-book applications, to understand the deeper motives and passions of the founders. Overall, the European founder scene isn’t as standardized as in the US, where the vast majority of founders is bold in their appearance, walking the walk and talking the talk. We tend to look at personal motivations and circumstances to understand if the founders really want the project to succeed, beyond the mere objectivity of their skills and the face-value of their stated commitment.

Regarding the difference between US and European founders, we have noticed that some teams with great potential, especially those with overwhelming technical backgrounds, are awful at pitching. One of the star teams from our first batch was even so bad at presenting and explaining in the beginning, that we only understood the full potential of their product after we invested in them. It’s hard to take and especially to defend a decision to accept a team, when the presentation isn’t optimal, or when there are (mild) language difficulties. It has taken us time in learning to look beyond appearances, and to understand the differences between real core deficiencies and unsubstantial ones that can be improved during Eleven’s acceleration program.

Whatever the product, and however great the team; it’s not going to work without hustle. This very old English word has a nominally negative connotation, but has gained popularity lately when applied to describing successful founder behavior. At Eleven, we like to see hustle as a very pro-active and eager attitude, without overstretching to obnoxiousness and harassment. In practice, hustle best works with non-core competences. As mentioned above, most teams are excellent in one or two areas, be it development, design, or product/business, and with the strongest teams Eleven has had so far, good hustle makes up for any shortcomings in the other areas.

When it comes to successful hustle, we’ve had great product teams that hustled developers to work for equity only, founders who hustled their way to speak at conferences at no cost, and teams who managed to attract attention from corporate execs and follow-up investors with very busy schedules and limited availability.

Finally, when a team has made it to the finals of an accelerator application process, there is the mandatory due diligence check. At accelerators, due diligence takes a different form when compared to VC funds, and especially in a region like Eastern Europe, where everyone pretty much knows everyone. In most cases, there is only so much technical due diligence that you can do, as any code that has been written will probably be rewritten or otherwise disposed of in the near future.

At Eleven, we make it a point to figure out founder motives and reputations, and put a lot of emphasis on references from our network. Through our established ring of partners, mentors, and advisors, we always check on finalist teams, as well doing a quick check of the declared metrics and traction through a Google search, and a glance at LinkedIn, Twitter, and AngelList profiles.

As to any startup applying to accelerators and other investors, we would advise to make sure there is strong team commitment, a clear lead in core skills, and above all honesty, integrity, and the readiness to move heaven and earth to make the project succeed, while playing it nice.