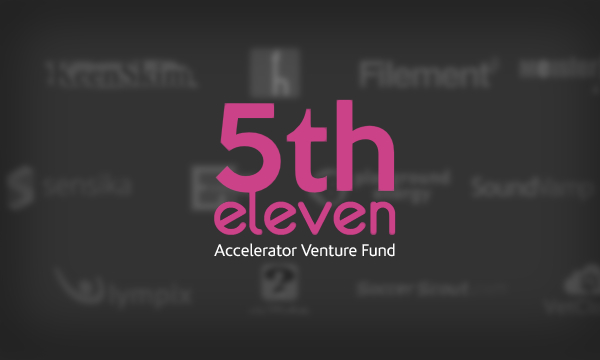 Bulgarian startup accelerator Eleven enters its second year and it opened 5th application window, so the founders decided to share a few domains that are of particular interest to them and to spell out some directions they perceive as worthwhile.

So, if you plan to apply for this accelerator, make sure to read Eleven’s list:

1. Consumerization of the Enterprise – This is a term coined by Ivan Vesic from VetCloud, and it defines effectively SaaS for the corporate masses taking best clues from the ease and practicality  of consumer apps and bringing similar levels of user experience to your everyday job. Eleven has a few more examples, other than VetCoud – Wobeek (BeeCloud), CaseTrek (for law firms), GymRealm (for gyms) and they expect to have many more. One of Eleven’s scouts Vukasin Stojkov has also delved in this direction with his TruckTrack (for transportation companies). Weather its ERP or CRM or any other software that makes the company life easier, Eleven expects dinosaur-like enterprise software companies to quickly become extinct, as much cheaper and easier to use niche solutions come to dominate the landscape.

2. Hard Stuff – this has so far generated the biggest interest among mentors, media and investors.

3. For a Greener Future – weather it’s green energy or just improving efficiency and waste management, there’s a big push worldwide in this direction. Did you know that most families in developed countries throw away 40% of all food they buy? Do you think it is better to buy eco-friendly packaged goods or to reduce your overall waste to less than 10%? Ideally it could be both, however the current focus is on the perceived eco-friendliness, rather than the overall effect.

4. And a Healthier Life – Healthcare is an old industry and Eleven thinks it’s ripe for disruption and there should be many opportunities in Med Tech. However, you should beware that there’s very high perceived risk when dealing with people’s health and life, so tread carefully.

5. Education Innovation – There is a fundamental need for change in the education ways.

Some of the region’s competitive advantages

6. Peer to Peer – Eastern Europe is notorious for pirated content, yet apart from stimulating the proliferation of high speed internet (luckily helped by lack of regulation), these vast peer networks have failed to translate into viable businesses models on the right side of the law.

7. Revolutionizing the Outsourcing Industry – Again Eastern Europe and particularly Bulgaria and Romania are best in class in near-shoring, especially in IT. However the abundance of talent in these IT-heavy businesses is also a prerequisite for spin-offs and productivization of in-house developed solutions. Also they could be a testing ground for some new and innovative outsourcing practices.

8. e-Commerce – whether it is niche e-commerce or mobile commerce or means to service the growing e-commerce market, the region is particularly tough with small countries, different cultures, different languages, small margins. Anybody that can manage to navigate these murky waters should be able to excel on bigger markets.

9. Advertising for the new age – even smaller and less developed on a comparative basis versus other industries, the advertising market in the region is so depressed that it has set the ground for a perfect storm, whereby we could  jump over several stages of development and create new ways to promote brands and engage customers.

10. The Underserved – Eleven thinks there should be much more non-web/non-IT projects that are able to scale and apply lean startup philosophy and other startup concepts like actionable metrics, MVP, PMF, etc. It seems that the offline world is very neglected from accelerators and VCs alike, while there could be concepts and niches that yield to improvement in a startup fashion way.

11. Social Ventures – Eleven firmly believes that doing good and making profits are not mutually exclusive, but should go hand in hand Eleven already has Volofy, but it expects to see more innovation disrupting the NGO landscape in non-NGO fashion.

12. Profiting from Vice – In recent history, the financial community has put a great deal of emphasis on the ethics and morality of its activities and investments, which has transferred to startups which shy away from certain taboo areas. Eleven has its own set of restrictions regarding the usual suspects: gambling, alcohol, tobacco, etc. However because of this overall neglect, the whole vice space is hugely profitable and hugely ineffective. Because of our limitations Eleven cannot fund anything that deals directly with the vices, however it would be curious to see some fringe ideas that defy the usual prejudices rather than put “right” and “wrong” labels on personal habits.

Last but not least

13. Reducing the Complexity of Choice – Simplicity is the new competitive advantage in a world of more. Articulating the personal preferences of each individual and matching it with the best product or service for him or her is no simple task, but whoever resolves it would become bigger than Google and Facebook.

14. Democratization of Investments – SecondMarket, crowdfunding sites and the likes of Angel List are excellent examples. However there’s still a big disconnect between people with money (even regular folks with a few thousand in the bank), people with ideas and companies looking for funding. The problem is even more acute in this part of the world. Eleven believes accelerators themselves shall disrupt the traditional VC model, but there’s definitely a link still missing out there, bridging the gap between founders and money.

15. Mashups – or a combination of any of the above. Eleven had a very complex message on its landing page, which is no longer there, but it’s still valid: “We share the belief that great ideas happen unexpectedly, hatched by the clash of interdisciplinary fields, often at the brink of industries, technologies, sciences and societies. And what better place than Sofia for the next big disruption to start(up) … A place on the edge of western and eastern civilization, modern technologies and ancient traditions, hackers and survivors, where life still has a taste”.

To better illustrate the last point with an example, guys from Playground Energy have developed a superbly designed toy with some ingenious engineering inside (as per 2. above) and while this toy generates green energy (as in 3.), it’s ultimate goal is to encourage kids to exercise (4.) and to learn about kinetic energy transformation (5.), while it monetizes through appealing to CSR budgets by providing corporates with a green branding opportunity (as mentioned in 9.).

However, if you have a great idea that’s not on this list, Eleven encourages you to apply.  This accelerator admires people that relentlessly pursue their own vision. And also remind you to have in mind that the most important thing is still The Team (its resilience, complementary skills, balance, perseverance, passion) – as they say, they’ve also witnessed great ideas executed poorly by unbalanced teams and average ideas executed in a superb way by great teams.

On the other hand if your idea fits perfectly within any of the categories, that does not guarantee you success. On the contrary, Eleven warns that its founders are more familiar with these areas and therefore more critical.