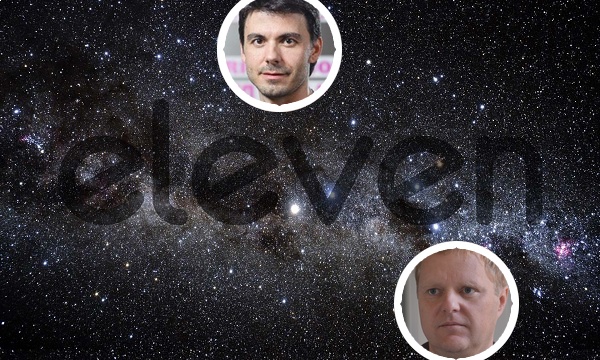 From February 2 till March 8, Eleven will be open for applications for its last batch for 2015 and last for the current fund of Eleven. Eleven’s cofounder Dilyan Dimitrov reveals that the fund will accept more mature projects this time, and in some cases even revenue generative.

Combining this with the growing Eleven community and the increasing number of referrals coming through it and the scouts of Eleven, such as Mr. Ivan Brezak Brkan, the fund expects this to be the most competitive application window so far.

4 million Euros for the last batch and follow-up investmens

For two years and two months after its launch, more than 300 entrepreneurs from 20 countries have graduated Eleven’s program. The fund has already invested over 8 million euro in about 95 projects. Although Eleven’s investment period does not expire until the end of 2015, the fund has planned the remaining 4 million Euros for investing in one last batch of companies, and follow-up investments in its current portfolio companies.

Our investment is limited to 200 thousand euros per company, and so far we have invested the full amount permitted in a dozen companies. Another 20 to 30 companies will likely receive the full amount of 200,000 euros, in the course of 2015, so we have provisioned about 3-3.5 million Euros for follow-on investments in our existing portfolio companies. To get to the full amount of 200k from us, startups usually show great progress, have their project launched and revenue generative, and, most cases – secure co-investment by third party investors ready to support the company going forward.

Eleven has seen more mature projects in the last few batches – startups apply for the funding, says Dilyan, but also to take advantage of Eleven’s program and network. One of the companies in seventh batch applied after being invested near 500,000 Euros from its founders and other investors. The competition is getting more intense, and idea-stage projects and the teams behind them need to be really exceptional to make it to the program, Dimitrov concludes.

Startups, it’s time to polish your pitches and prepare your applications, and Eleven will help you with that. Its crew will be hosting open meetings in several cities across the region during the application window. After the application window closes, mini selection days will be set in Belgrade, Zagreb, Bucharest, Plovdiv and Varna. Shortlisted teams shall be invited for the final Selection Days in Sofia in the second half of April.