Elena Perez: From Running a Startup To Working For The Facebook - Netokracija CEE
Jump to navigation Jump to main content

Last day of RockPaperStartup conference was closed by Elena Perez from Facebook. Before she started to work for the biggest social network, she ran a startup which was bootstrapped and made more than two million dollars without any investment!

She began her lecture by saying that she doesn’t want to list 10 things startups should or shouldn’t do in order to succeed – she just wanted to tell her own story and point out some of the facts that she wish she knew before. The story begins when she and her friends decided to develop a Facebook chat application for Android users. At that time official Facebook chat didn’t exist and their app was downloaded more than 18 million times and each day some 3 million people heard about it. They even managed to monetize the app with mobile adds.

Elena pointed out some of the facts that made their app so popular. By choosing Android they didn’t had to invest in additional servers and because people were spending a great amount of time chatting, they’ve managed to sell lots of adds. Users started spending more time on Facebook and that meant more traffic for their app. 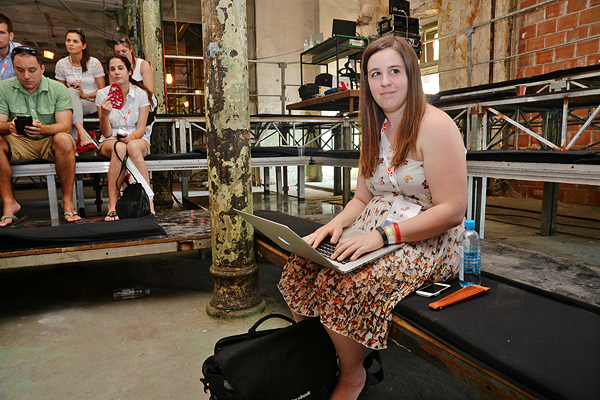 All good must come to an end…

The startup became pretty successful over time, notching some two million dollars of profits without any additional investment. All this led to starting a company called Spartanbits who had 10 employees and was situated in downtown Madrid. Unfortunately the company was shut down as Facebook launched it’s official chat application and so did WhatsApp and Line. Because of the competition they’ve lost users, ran out of money and people inside the company had different visions for future projects.

Elena stated that her biggest mistake was starting a company with her two best friends. This meant that it was extremely hard to separate work from personal life. That doesn’t mean that you shouldn’t start a company with your friends, she continues, but you should be aware of all the risks that come with it. She adds that one of the biggest mistakes was employing people for whom she taught were equally good on several different levels – it would be smarter if the company hired people who were specialized in specific fields.

Develop thrust in your teammates and don’t try to handle everything yourself.

After closing the company, Elena got the job at Facebook where she’s working as a software engineer in the London offices.