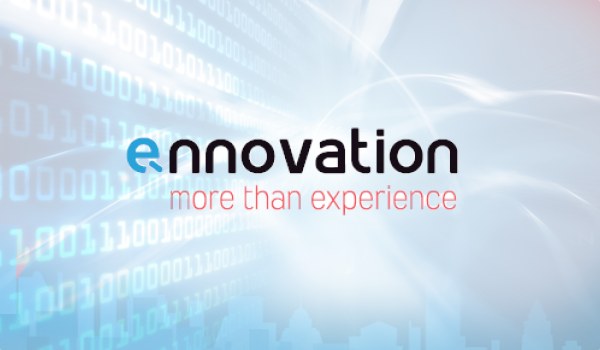 The annual conference dedicated to new trends in e-commerce and online business, E-nnovation, was held in Poznan, Poland on the 10th and 11th October, 2011. Gathering over 30 speakers and 700 participants, its primary focus was the online trade market in eastern and central parts of Europe. Despite the firm focus on e-commerce and online retail, a significant portion of the program was dedicated to startups and entrepreneurship with talks and advice from speakers such as Tara Hunt, Eric Ly, and Jeff Taylor.

What Did Tara Hunt Do Wrong With Buyosphere?

Tara Hunt is the CEO of Buyosphere, but is more known by her work with Riya (now Like.com) and her book “The Whuffie Factor”. In a talk titled “10 Mistakes I Made, So That You Don’t Have To”, she went through a list of 10 common pitfalls in startups from her own experience. Focusing on the minimum viable product was the first and foremost issue, where she pointed out how MVPs allow easier iterating, easier testing of assumptions and minimize the time and energy needed to do so.

Tara emphasized the importance of choosing compatible co-founders and having a comfortable “company culture”, picking good analytics as a great decision-making and conflict-resolution tool. Humility and discipline were pointed out as valuable qualities for startup co-founders: a feature in the tech press like Techcrunch and ReadWriteWeb doesn’t mean VCs will come begging to invest in your company. Being persistent is hugely important: it took 12 months to gather the first round of funding for Buyosphere, a number four times larger than their initial projection.

As the co-founder and former CTO of LinkedIn, Eric Ly was probably the most qualified person on the conference to hold a session titled “Lessons From a Successful Silicon Valley Entrepreneur”. He talked about his experience with LinkedIn and his new company Presdo, a scheduling start-up focused on making networking on conferences easier. Starting with a picture from a Silicon Valley café and the statement “in Silicon Valley, everyone’s an entrepreneur”, Eric said startups should really focus on the minimum viable product and iterate as fast as they can.

Being open about your ideas is necessary to get feedback and criticism — being “stealth” isn’t useful due to the lack of communication with your intended audience and potential investors. Eric also pointed out venture capital isn’t the only option when it comes to funding – VCs’ main concern is making more money, not throwing money at your “dream project”. Startups should find their community and search for alternative funding mechanisms (e.g. friends and family, angel investors).

How To Stop Being a Startup?

Jean-Paul Schmetz’s talk focused on scaling and growing companies up to and beyond the point at which they can be called “startups”. The session focused on hiring and managing teams of engineers, a task that becomes non-trivial when the company grows, requiring re-thinking of organizational principles. Every startup’s goal should be to stop being a startup, but people tend to be afraid of becoming another big, inefficient company.

Jean-Paul thinks the process can (and should) be done right. By citing several companies’ policies like Facebook’s “engineers must be able to commit on the first week” and Amazon’s “team size no larger than 2 pizzas can feed”, he advised growing companies to avoid common managerial pitfalls like huge team sizes, ill-documented processes (including coding standards and APIs) and the overall fear of company growth.

As An Entrepreneur, Being Crazy Is a Feature

Jeff Taylor is the founder of the first online job-board Monster.com currently running Buffalo.dj, a new venture aiming to represent, record and promote DJs. At one of the most energetic talks on the conference, Jeff talked about his experience in running a huge business like Monster.

He focused on more personal aspects of entrepreneurship like self-marketing, being persistent and even somewhat insane. The being crazy part was an often-mentioned “feature” of a successful entrepreneur — we could hear similar statements in both Tara Hunt’s and Eric Ly’s talks.

Mobile E-commerce As The Dominant Trend

Allegro Group, the organizer of the conference, was present with a couple of lectures on the online business market in Poland. Grzegorz Wójcik talked about e-commerce trends, mentioning mobile e-commerce as a dominant trend in the industry. To strengthen the argument, his colleague Kamil Brzeziński did a talk titled “Mobility: Technology Overtakes Users’ Needs”, mostly about Allegro Group’s mobile strategy and its success.

Unfortunately, Polish users aren’t sufficiently educated about the possibilities of smartphones, which is probably something a lot of companies from southeastern Europe can relate to. Eric Ly moderated a panel dedicated to another seemingly important factor in online business, social networks. Social networks usually don’t lead to sales, but they do make it easier to communicate and connect to customers, something startups tend to ignore.

The talks weren’t the only interesting part of the conference — the Start with E-nnovation contest gathered seven interesting startups trying to solve problems in a wide variety of topics ranging from parenting advice to advanced document management. The teams had 6 minutes to present their product and 2 minutes to answer questions from the panel of judges consisting of the conference speakers.

Croatian Mediatoolkit was the only representative from southeastern Europe with their tool for impact analysis of content on social networks. Other presented startups were:

The winner of both the judges’ prize and the audience prize is Supermama, a project led by a team you wouldn’t usually expect at a startup competition: two ladies from an Arab country. With one of the best presentations, a clear and concise pitch and a well thought-out ambitious plan for the future, Supermama won the 10,000 € and two laptops.

For an outsider first time in Poland, there was a lot to learn: the size of the Polish e-commerce and online business market is staggeringly large, and the E-nnovation conference did a great job in demonstrating these facts. Impressively well organized, the conference was packed with interesting sessions and people. Most importantly, the organizers carefully chose the topics making the conference useful to anyone doing business on the Internet.