The journey to accomplish that wasn’t easy at all. The huge template with all the parts of the ad and ad group might as well be hieroglyphs as far as I’m concerned. All elements have similar names, keywords and ad groups have the same types, and at one point even negative keywords appeared. What should that be?!

How complicated can be something that marketing does?

I thought I had an idea of ​​how Google Ads works… As a student I participated in a beginners ads workshop, and how complicated something that marketing does can be anyway? 😀 Apart from various technical challenges and understanding the purpose of all entities that needed to be created – from the growing volume of input data to the growing demands for increasing the creation rate of a large number of ad groups, the biggest challenge was communicating with a marketer.

My collegue Nikolina, to be exact.

I am still trying to get Nikolina, who is a marketer I work with, and her team to think long-term about the structure of the campaigns, the names of all the entities, all the information that the ad group will hold. Through a few real events, I will try to explain why I have a primal urge to change Nikolina’s core personality. 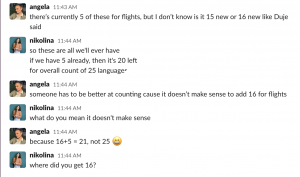 I honestly felt hurt because I didn’t know from the start that we are supposed to create ads in 20 languages, not just 5 – as Nikolina initially presented to me. Why did she keep it a secret from me? Along the way, I discovered the limits of the number of ad groups in a campaign, the number of campaigns on one account as well as the number of keywords on one account, and we could avoid such blockers if we had that full information earlier.

Although it was clear to Nikolina that all campaigns and ads will have to be created in all 20 languages, she did not think that this information was important to me. I know what she meant:

We’ll start slow and see how it goes, I don’t need to tell Angela everything.

Everything seemed fine until, at one point, she dropped the bomb:

You have to redo all 200k ad groups and all 50 campaigns on other accounts.

The problem was and still is, the difference in the importance we give to the same information.

Information about 20 languages would prompt me to think a little differently about the structure of the project and how to optimize the creation of entities in relation to resources, of which time is unquestionably the most valuable one. If we already completed a fifth of the work, and we have to do it again – at least I felt that we wasted the last three months and we were not up to the task of handling that amount of data with the current setup of the project.

“Plans and consistency” – unknowns in a marketers mind

We were thinking about the same problem in a totally different way. The collaboration I had with other teams was completely different. Probably because they were also developers and, maybe some data analysts who, like me, are fond of agile project management with a more solid structure and detailed planning. Although agile is a somewhat feverish approach and development takes place in smaller time intervals, I did not expect priorities and requirements to change so quickly while working with Nikolina.

We would start the month with a request to create about a thousand ad groups, but by Friday in the first week, we were 3,000 ad groups late because an opportunity for ads to reach users during an extended weekend in Ukraine has emerged. You’d think everything was planned at the beginning of the year or at a least quarter (also let’s be honest, no one sticks to the plan). But someone just had to explore the Ukrainian market and change priorities in the middle of the week.

Besides the plan, of course, we all have certain budgets. When planning, it is easy to determine a certain budget, how much will be spent on ads, and of course how much money is available for the projects I am working on. So the budget is not a foreign concept to me. But in November, Nikolina broke my heart.

We finally had some momentum and we cooperated quite well. The number of created ad groups per hour was smoothly increasing, we managed to set up and automate various settings for the campaigns, ads creation and all other boring and time-consuming tasks Nikolina would normally have to do. We started the week with a request for 300,000 new ad groups done by, if possible, “yesterday” or at least until the end of the week. Some daily average at that time was 30,000 ad groups, which by Wednesday resulted in almost 100,000 ad groups. I had a good feeling that the week would pass with a minimum level of stress; “We had a meeting”, I thought, ”there can’t be a lot of changes this week…”. A fool. An emergency meeting was called in the middle of the week to stop adding ad groups asap because the budget was gone a month and a half before the end of the year!

Today I am much more aware of how much money is actually spent and how can we spend a lot of it – by mistake. Imagine you create a million wrong ads and spend your entire advertising budget… OK, there will be some use of them because they will still bring some customers in, but that wasn’t the target impact of the ad, nor was it a planned cost.

You can work with a marketer after all – tips & tricks

Everything isn’t so dramatic, stressful, or negative. After half a year of cooperation, we know each other very well and we have learned to respect each other’s differences. I learned how busy the work atmosphere in her office is, and how the goals, which also became our goals, are loosely defined and inconsistent.

At SeekandHit, there are two majority groups of employees: developers and marketers, who I believe can be represented by the two of us. We had strong prejudices against each other, some of which were undeniably confirmed, but we now understand each other better. On the business level, that was in the form of better communication – in meetings and planning, and on the employee-level we improved relationships of two polar opposites which reduces the gap between marketers and developers at the company level.

Do you have a similar problem?

I advise you to step out of your comfort zone a bit and let someone knock you off your sitting stool. Try to put yourself in marketer’s shoes, not only to better understand what the marketer is talking about, but this will give you a new perspective on the problem. It will give you the opportunity to better understand the problem as a whole and you will come to a better solution. Although in some moments of frustration I shouted that I’m gonna quit in the middle of the weekly meeting with Nikolina, I do not regret that we are cooperating. I’ve grown personally as well as a developer and an employee. Who else can say “I work well with a marketer”?

If you’re a developer who needs advice or comfort when working with a marketer, the best thing I can say to you is to stop being full of sh*t and go to every one of the million meetings and actually talk. Always ask more about the steps that the marketer would like to take next that could be even a little bit relevant to your project – so to have as little as possible missing information like the 20 languages ​​were for us.

And you, desperate marketers, who can’t stand introverted developers who don’t want to talk – I hope you can feel how hard it was for me to communicate with a different mindset and way of thinking too.

Or do you think Nikolina has figured it out? 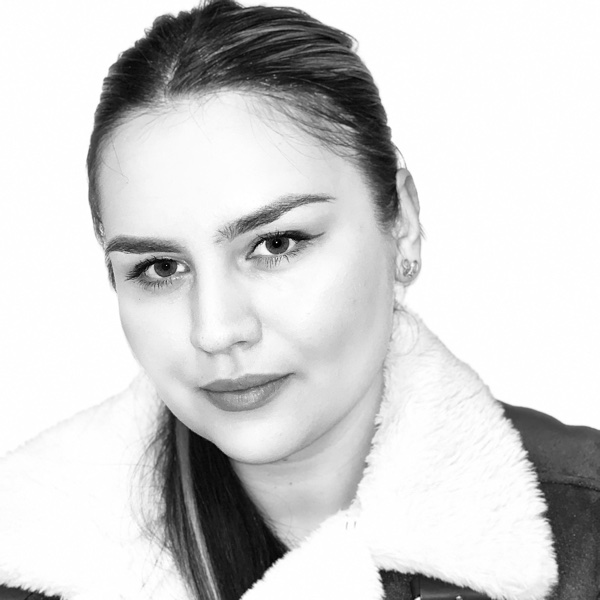 A passionate, and sometimes neurotic programmer. Her mother still grieves she didn't become professor of physics and informatics. Interested in a number of different things, a.k.a. "I have to try everything". Although the sea is not far from her birth place Livno, today she lives in Split where you can see it from the window. :)