Cyrus Shepard (Moz): How to Survive the Future of Search and Online Marketing? - Netokracija CEE
Jump to navigation Jump to main content

The Google Earthquake, presented by Cyrus Shepard at the Marketing Festival in Brno, provided an insight into some very dizzying changes Google made in the last few years.

As a Senior Content Producer in MOZ, Cyrus Introduced facts about the future of Search and Online marketing and carried out some interesting strategies for future-proof results. He started with a childhood story in Iowa where he experienced a tornado while spending time on his grandfather’s farm. As he explained, tornados bring big changes and he compared them with Google.

Google changes the landscape of search marketing. While some see it as a good thing, others call it a disaster.

As an example, Cyrus showed some old Google results displayed when searching for weather results. There were queries leading to websites. 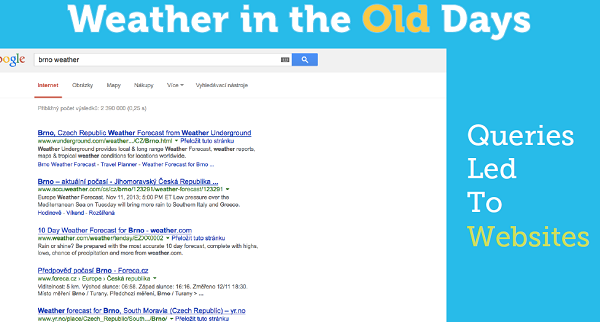 Today, the search results look completely different. Google gives all the information in one page. 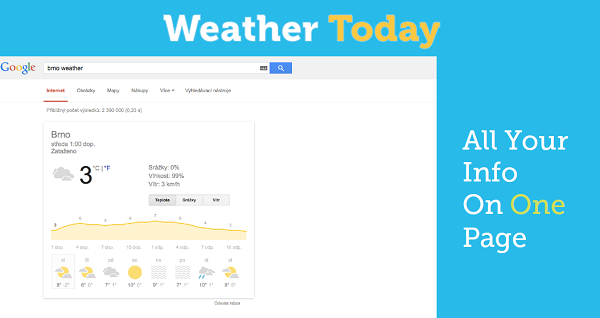 10 years ago, If you had asked Google a question, you would’ve  gotten the usual web search results. Today, the answer is a part of Google. Even though they come from a variety of sources, Google collects them and displays them in one picture. No matter what you click, it’s hard to leave Google.

Cyrus explained that Google’s mission is to organize the world’s information and make it universally accessible and useful. Previously, the first positions gained more traffic, but today, with current 5 billion searches per a day, the first results lead to Google services.  According to his experience and knowledge, Cyrus recommends to focus on the fast increasing number of Internet and mobile device users because mobiles will eventually overtake the desktop search.

1. From keywords to concepts

Knowing that keywords are still important, Google is trying to group the keywords who focus on a single concept. Google shows keywords according to their probability. 50% – 80% of traffic comes from keywords users don’t try for.

Treat your website as a real human, not just as keywords.

2. From webpages to authority

Cyrus mentioned that the better answers you provide on your web, the more value you offer. If you want to receive Google’s credibility, it is recommendable to regularly publish your best content.

The more questions you answer, the less likely visitors will search elsewhere. Also, use real people as subject experts.

3. From links to endorsements

Cyrus explained that Google doesn’t care about the links in the traditional sense. He said endorsements are what counts the most and included non-linking citations and personalized results as examples. Links deemed to have low editorial endorsement can be devalued, discounted or even penalized. 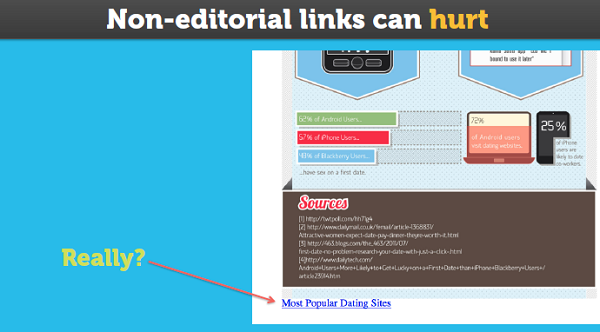 4. Data Markup and the Semantic Web

Cyrus explained that structural data doesn’t bring high positioning. However, to control how the content is appearing in the social media, he has begun using structural data in the last 6 months. 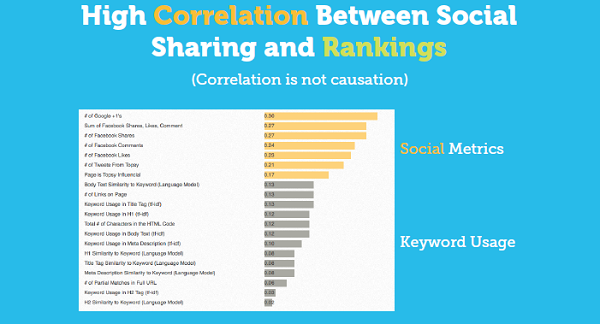 Appearance on mobile devices has moved to the desktop version. It is easier to expand the mobile content to the desktop than vice versa. Cyrus showed that desktop the design becomes as extension of mobile.

6. From page views to customers’ satisfaction

As one of the most important things, Cyrus mentioned monitoring of your traffic to help you see how it fulfills customers’ satisfaction. 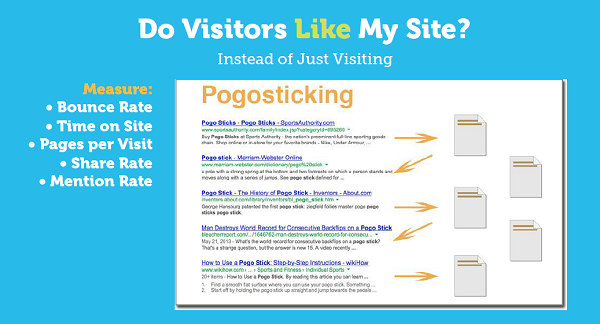