We talked to Brian Carter  about social media business, how to get noticed for what you do and what to expect out of 2014 social media world.

As a Keynote Speaker, Consultant, Author of Like Economy, Facebook Marketing, LinkedIn for business, search/social marketer, Brian is also a stand-up comedian. The topic he recently presented at the Marketing Festival in Brno was called Social Media Keynotes: Trends and Best Practices in 2013. Talking about some of them for Netocratic, he is about to motivate you to change, improve and renew your social media policy in 2014.

Being a part of an agency where he produced their digital marketing department, Brian’s favourite social media platform was Twitter. As it happened, one of the clients he cooperated with wanted Facebook instead. Being dragged to Facebook made him realize what he was missing, so he involved himself with Facebook ads for clients and brands. After he learned all the useful tips he decided to start a Facebook marketing and advertising course, named Fan Reach.

We had several hundred customers and we reached  thousands of people with that free course. I taught them those new techniques and the feedback was amazing. I had students coming back telling me they got sales and profits with those techniques.

Very social, but no attention?

And then it hit me! I realized I know plenty but I was getting hardly any attention for it. So, I decided to write a book. That’s how Like Economy was published in 2011. Then the 2nd edition was out 2013.

Another thing that helped Brian grab more attention is his guest appearance on Bloomberg TV in 2012.. Check out what he said about Facebook’s mobile ads.

Brian recently published an e-book called 31 social trends. Within the 25 pages, you can get the latest social media updates by 16 experts and consultants. 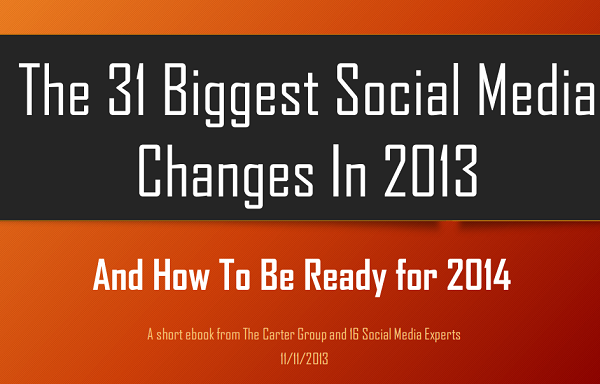 One of the top things to consider for social media in 2014 is definitely a bigger ad budget but also retargeting. If you don’t have an owned media strategy (gathering a follow-up list like emails, fans or retargeting) when it comes to social media, the job you do will have no results.  Sending e-mails and Facebook retargeting is very important. You simply have to be able to reach the people over and over again, retargeting is really good at that. Your marketing has to create a real business and drive sales, otherwise it makes no sense.

His desire to connect advertising, marketing and sales resulted in writing a book LinkedIn for Business.

It’s my most recent book and it’s simply something that marketers, sales managers and leaders will enjoy reading. The book is about B2B because I’ve seen many companies do social media on LinkedIn. What I suggest them is to combine it with Facebook because LinkedIn has got its strengths and weaknesses which aren’t supposed to be ignored.

Believe it or not, Brian claims following is not a crucial action you’d need from your Linkedin connections. What makes a successful LinkedIn activity is creating a group.

When you create a LinkedIn group there’s an e-mail announcement your members always receive from LinkedIn. If there’s an announcement you posted, started an interesting topic or want to introduce LinkedIn connections to some of the things you do, LinkedIn sends it all to their emails. That is much useful and more powerful than company pages. And then you combine LinkedIn with Twitter and Facebook for a higher reach.

The topic or a name of the group is very important for grabbing attention, Brian says that all of your LinkedIn connections must feel like they indeed need the specific information you post. A good topic should be about helping them overcome their obstacles. Don’t forget to share it on Facebook and Twitter as well as spend a little money on advertising it.

According to Brian, there are 2 types of social media approaches. There’s a PR-style approach which is very Twitter-minded, meaning it’s all about influencers and followers. Another approach is a direct marketing-style, which is about real results and driving sales.

PR managers are not trained or experienced for getting that kind of results online.  Anyone who’s done search ads and have looked into how some words or phrases get results, can get a scientific marketing state of mind.

He says Facebook has gotten to the point which SEO people can’t ignore but he still thinks there’s a confusion between the PR approach and a direct marketing  in social marketing.

The importance of SEO

As for SEO, Brian says you may have missed out in the last 5 years but companies who brought or built spammy links are now punished. There are certain best practices but hardly 10% of old SEO works.

Many people were very successfully building paid links, beating Google but now they can’t do that anymore. And you also can’t over-optimize keywords over webpages because you’ll get penalized. That means the money can move to content creation and the social advertising. It is difficult to stay organic. 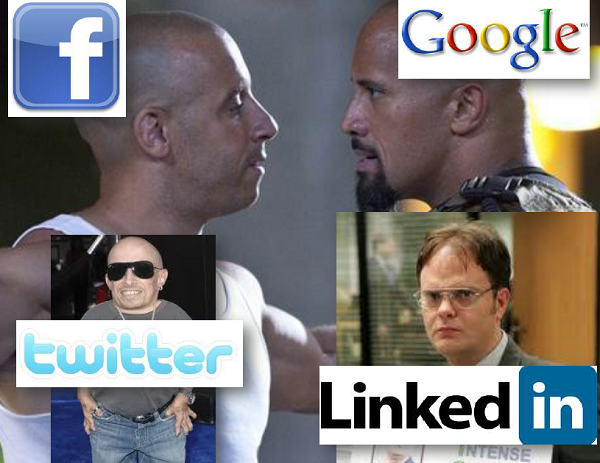 At the Marketing Festival in Brno, Brian started his presentation by showing an amusing picture of Facebook, Twitter and Linkedin.

People used to ask themselves about what could be the next Google.  They have never imagined it will be something like Facebook. With this picture I wanted to show how big, hot and powerful Facebook and Google are nowadays. Mini-Me from Austin Powers presents the picture of Twitter and Dwight Schrute, an NBC TV comedy character, presents a very serious and no-fun looking Linkedin.

This year, Brian plans to cooperate with clients through a New York agency and Microsoft but also to grow his own consultancy agency.

Things are definitely getting more competitive in 2014. People are going to have to improve their Facebook content they are also going to have to start using more ads and be more effective with that. The content they create will have to provide leads and customers, no excuse for that. For me,  it will be that 80/20 thing – 80% of my time on 20% of the things that get the most results.

Brian reminds us not to forget about Pinterest, Google+, Instagram and Vine because those platforms are rising along with the mobile device users. He also urges us to develop a tendency for a better personal branding  because as he says, not being anonymous can only help you.

My model for the agency I’m going to launch is to have a number of contractors out there who have specialties in different fields. I want to work with people who can grow a certain project with me and who are good at what they do. I’m interested in a variety of skilled and motivated people and that’s my success model.

As a stand-up comedian Brian explained how being funny is important for having an edge over your competitors. You can read his blog about this topic on Huffington Post. 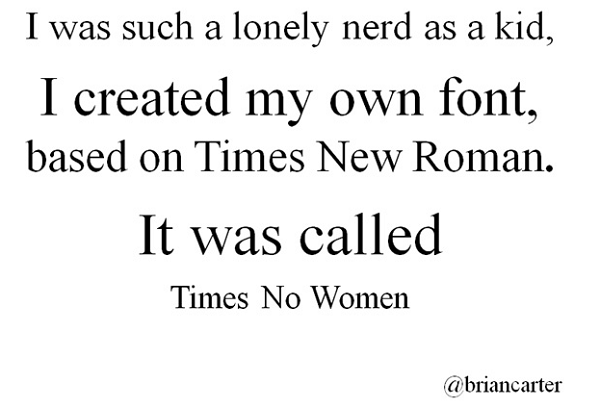