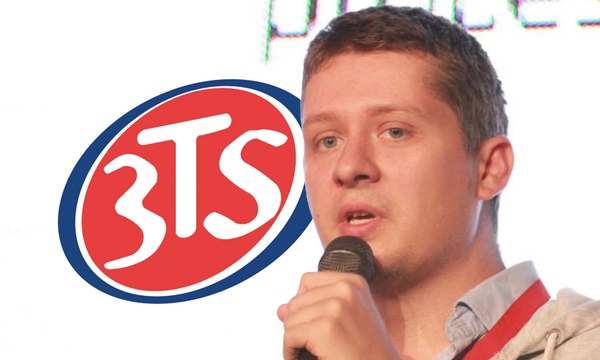 Bogdan Iordache, co-founder and initiator of the How to Web startup and technology conference as well as TechHub Bucharest, confirmed today exclusively for Netocratic that he will join 3TS Capital Partners in Bucharest as an investment manager to support the growing Romanian startup ecosystem. 3TS is focused on Central and Eastern Europe with their 4th fund exceeding 300 million Euros, with offices also in Budapest, Vienna, Warsaw, Prague and Istanbul.

Iordache and his team have, for those that have not had the pleasure of going to How to Web the previous years, been one of the key building blocks of the new Romanian startup and technology scene, creating a platform for Romanian and regional entrepreneurs and techies to learn how to conquer the global market.

Creating the Startup Support Structure One Project at a Time

These days you’ll probably find Iordache sitting in a beanbag at the new and well visited coworking space in the center of Bucharest – TechHub Bucharest. Their recent venture, the local TechHub (this coworking space brand was started in London by Elizabeth Varley and Techcrunch’s Mike Butcher) is a key coworking and event space in the Romanian capital, attracting startupers, developers, designers… These enthusiastic techies can then also find mentorship at TechHub through the MVP Academy, a preaccelerator program that just recently had its first demo day.

Iordache is quick to point out that the team build around How to Web and TechHub has grown and been doing a great job creating value for the tech community, not just by the already mentioned projects, but also the EU-supported Accelerator Assembly conference that Romanian team organised – in Madrid! Iordache says:

I’ve been working at How to Web since 2010, and in late 2012 I knew it was time for a transition. I love technology and startups, but doing events is not necessarily my thing. So when the time came to move How to Web from a hobby-ish business to a serious business, I knew I wasn’t the one fitted to run it. However, any successful transition takes time and the right people on board, so I didn’t wanted to rush into it. Daniel and Monica, along with Andra, Irina and Alex, have done nothing short of a terrific job.

Iordache started talking to 3TS Capital in late 2013. And why shouldn’t he consider moving to the investment sphere to gain more knowledge about the startup ecosystem? 3TS Capital specifically has had quite a number of success stories in the region, such as LogMeIn and Romanian-founded Avangate. He explains:

I was moving away from events and also selling my email marketing company, but still eager to work with the founders I’ve met during the last years. So venture capital sounded like a great option that I already had it on my list. I had numerous talks with the managing directors of 3TS and with Mihai Sfintescu, and I thought I should give it a go.

Helping Founders with Those “Pesky” Termsheets

Thinking about how investors and contribute to the startup ecosystem besides investing, Iordache says that he finds it really important to help entrepreneurs understand not only the technical meaning of a term sheet, but also the short and long term dynamics:

I’m talking with a lot of companies about their business and their plans, and sometimes you end up being an informal advisor that can help the founders evaluate the dynamic of their business, their opportunities and who can connect them with interesting partners or experts. I also like to spend time to help them understand the technicalities of the investment process. Most startup founders in the region, while they know what they want to accomplish with the investment we’re talking about, don’t fully understand all the terms and conditions associated with a term sheet or an investment. Helping them understand the dynamics of all these terms should always be an important part of our job.

Becoming Romania 2.0 Instead of Sillicon Valley

The biggest tech companies in Romania, according to Iordache, fall into one of 2 categories: ecommerce / online service companies targeting the local market with ideas of expanding regionally and the global-from-day-one startups that can do digital distribution, such as mobile apps, B2B SaaS products, gaming and marketplaces:

Romanian & Polish e-commerce related companies have definitely the biggest theoretical chance on growing outside their home markets, mostly because the home advantage of having big local markets. We’ve seen a few such developments on the local e-commerce market, most notably with Emag expanding to Bulgaria and Hungary in 2013, and I can guess there will be more to follow. The global-from-day-one startups have a good track record of emerging from acceleration programs. Ubevru and Braininent are Seedcamp alumni, Docktrackr has graduated TechStars Boston, while Mavenhut has graduated from Startupbootcamp Dublin. So I guess we’ll be seing more startups going to acceelerators abroad, and in the same time more angel investments in such startups. In the same time, there is a snowball effect we see of teams that have gone through acceleration programs but have failed, and now are building their second or third startup having more knowledge, connection and better speed.

He does point out he is looking forward to more “black swans” that don’t comply to these “rules” based on historical data. The Romanian part of 3TS Capital that Iordache is joining is of course focused on Romanian startups, with the scene, as Iordache explains, having grown quite a lot in the last 5 years:

If I would compare current the startup industry in Romania to the same industry 5 years ago, we’re miles away. There are more active startups than ever, more capital for every investment stage (from accelerators, business angel investors and VC funds), more experience and knowledge about building tech companies and also more success stories. Just in the last 12 months we’ve seen multiple major acquisitions, as Avangate sell to Francisco Partners, Ubvervu’s acquisition by Hootsuite, Skobbler’s acquisition by Telenav and Docktrackr acquisition by Intralinks.

However, Iordache does say that you can’t compare Romania to the startup enviroment and dynamics of Sillicon Valley, but doesn’t see that as a real problem. The objective, in his opinion, is becoming a better version of themselves – a more vibrant, growing Central and Eastern European startup ecosystem. With Iordache joining 3TS and looking at the new generation of Romanian entrepreneurs, I can’t seem to think that that objective has become a bit more realistic!