BlaBlaCar gathered a $100 million round last summer and this January it expanded beyond Europe – to India. But the European expansion is still not over, because there are still some (smaller) markets that BlaBlaCar could reach – such as Croatia or Serbia. After this acquisition, BlaBlaCar is present in 18 countries.

AutoHop entered these two countries last summer when the founders decided to build a trust based ridesharing community and make it an important part of the transportation network in the CEE. Istvan Heidekker, AutoHop cofounder, said for Netokracija Croatia that with the know-how and the recourses of BlaBlaCar they will be able to grow the community and achieve the goal they originally set out much faster.

AutoHop will become a part of BlaBlaCar, but it will still remain locally independent. Istvan admits that switching to a new brand is sad in a way, but it is also allowing the company to scale much faster.

BlaBlaCar ‘acqui-hired’ AutoHop, meaning that apart from adding active local ridesharing communities to the global platform the most important element of the acquisition was the local team. The AutoHop team will continue to serve members from Croatia, Serbia, Hungary and Romania and will be fully integrated into BlaBlaCar. 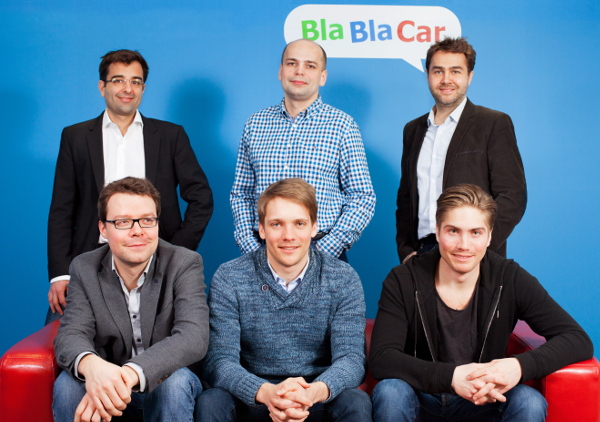 Piotr Jas, BlaBlaCar’s CEE General Manager, is a living example of the importance of the local team for BlaBlaCar – he joined the company after it acquired the ridesharing company from Poland he cofounded. I actually met Piotr at IDCEE in Kiev, where we took part in a panel on sharing economy and where he told me the same thing he talks about today – BlaBlaCar comes to every market where there is a need for more efficient ways of transportation.

Car ownership and fuel cost in Croatia, Serbia, Romania and Hungary are almost the same as in Western Europe, but the average income level is still lower so traveling by car without sharing a ride is quite expensive for the driver, even more expensive if he has to pay the tolls. At the same time, the quality of city to city public transportation does not always provide the best solution  and is expensive. BlaBlaCar can help Passengers save on average 50% in cost and 25-50% in time spent vs. both bus and train.

Customer acquisition could be somewhat tricky in these countries, based on my experience (people still mainly use specialized Facebook groups for ridesharing), but Piotr thinks that AutoHop has been able to create a trust-based community and expand it fast to become a regional leader.

We look forward to improving ground transportation by making travel, social, money-saving and more efficient in CEE together with the AutoHop team. It wouldn’t be possible without a great team of people build by founders of Autohop and passion that both them and BlaBlaCar share towards making ridesharing available for people across the globe.

What about premium features?

Piotr mentions building partnerships that will help the acquire drivers and passengers, but membership numbers is not their key metric – they seek to achieve is matching drivers and co-travelers. And after they achieve that, they will focus on moving the activity of our existing community in CEE towards mobile, which serves travelers much better – iOS and Android apps.

BlaBlaCar still doesn’t offer premium features in Croatia and Serbia. This could mean that online booking won’t even be available in these countries, because it is just one of the company’s premium features – all of them are developed so they can be locally relevant.