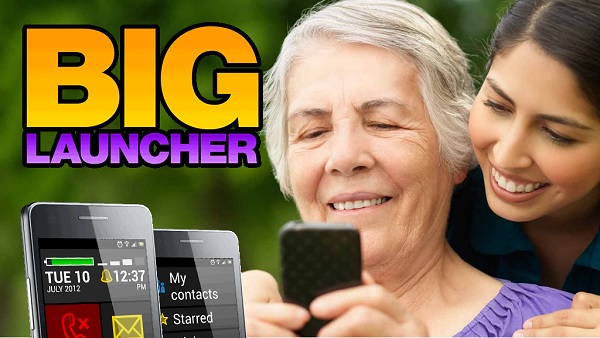 A few weeks ago, when we visited Wayra’s Demo Day in Prague, one of the startups really caught our eye – BIG Launcher. I know what you’re thinking – what kind of interface is that? Well, it’s a launcher for Android, intended for seniors or visually impaired persons, that don’t have to use feature phones or senior phones anymore. Today it has more than 350.000 downloads of the free version and around 30.000 of the paid version. And the whole story started when one of the cofounders’ mom broke her phone.

In spring 2011 Mrs Husak, Jan Husak’s mother, broke her feature phone. It was a pretty standard cellphone, with large keyboards and a basic camera. Jan, a freelance designer, realized that there was no suitable phone for his mother – he didn’t want to buy her phone for seniors. While most of them had large keyboards, their displays were too small. At the same time, Android phones were rising and they were becoming quite usable in terms of features.

So, Jan met with his longtime friend Daniel Kunes, a freelance programmer, who will soon also become a cofounder of BIG Launcher, so they started working on an Android launcher for seniors. First testers were, of course, friends and family (Jan’s mother as well). The first prototype is pretty much what we see today.

It’s available only on Android because it is the only OS that allows that kind of manipulation. We found our inspiration in the old cellphones, like Nokias, that had simple interfaces and linear menus. Linear system means that the users can’t get lost, because they can always take one step back.

During their staying in Wayra, Jan and Daniel had a chance to talk with the Telefonica’s retail and market segmentation, where their doubts were confirmed – senior customers are afraid of smartphones, they don’t understand them and find them too complicated. So, they don’t buy it. And they buy feature phones, even though they could use smartphones. BIG Launcher can enrich their lives, says Jan. They call it a life companion. Once they start using it, they become less afraid to explore other apps.

But who is the real BIG Launcher customer? The end user is pretty clear – it is a senior or a visually impaired person, or perhaps a younger less tech savvy user. But the customer is usually someone else – their children, grandchildren or someone else who buys the phone or the launcher itself. Jan thinks that the whole installation process is too complicated and wants to see smartphones with preinstalled BIG Launcher.

Generating the customers can be complicated. For example, you want to buy a phone for your mom and install BIG Launcher. You need to create a Google account for her. Then you have to link your credit card so you can purchase it. Then you need to install it… We are seeking for the business partners, like mobile operators, phone manufacturers and retailers. They are providing those end customers with phones and we want them to have preinstalled BIG Launcher.

Phone manufacturers are exploring the same options, says Jan, and they have an advantage of their own sales channels. At the same time, they are at the beginning with the usability, while the BIG Launch team has a three year of advantage. We are not copying, we know what is important, states Jan.

We received lots of feedback during this time – from seniors, their children, visually impaired users… Big Launcher looks like a simple project, but it was developed for three years. There is a lot more under the hood.

BIG Launcher left Wayra a few weeks ago, so we asked Jan about the whole experience and the BIG Launcher’s future development. He admitted that before the acceleration BIG Launcher was just two guys with an app and today they have a real business, real mindset and they are thinking about the company development. They are profitable today and don’t need an investor to keep moving, but since the competition is rising, they would love to see some funding.

And if your parents, grandparents, neighbours or someone else from your family isn’t satisfied with their phones, make sure that they try BIG Launcher. They might just love the smartphone world.

What does Jan think about the Czech startup scene? He pointed out that from the outside it might look like everything is located in Prague, but there are other cities that are trying hard to make other projects.

Prague is the ‘only city’, if you want to have publicity and visibility, you need to move there. But you have to work hard if you want to accomplish something. You can do it in any part of the country and you will be more focused.

Sales is the problem, he admitted. The Czech Republic has great engineers, programmers, and designers and only few of them have the attitude for sales. So, if you are a sales talent, you know where to go – there are some great projects that need you! 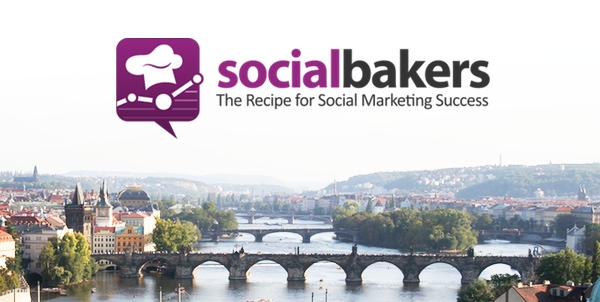