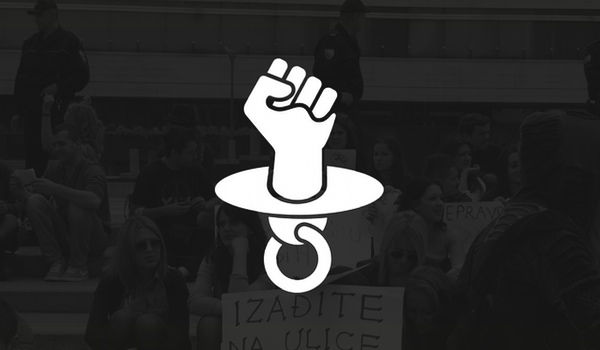 It all started with a Facebook post from a distraught mother in Bosnia-Herzegovina. Her 3-month old baby, Belmina, urgently needed a stem cell transplant abroad. But since the national law on ID numbers had not yet been adopted after the old law’s expiration in February, newborns were no longer being issued with the ID numbers required to obtain a passport and health insurance.

Here was a typically Bosnian predicament. A sick baby. A tattered social safety net. Poor medical infrastructure. And a national parliament bickering for more than two years over the fine print of a law that enables babies to travel abroad for treatment.

Baby Belmina’s story was picked up by local media, prompting a small group of parents to gather in front of Parliament in the nation’s capital, Sarajevo. The following day, around 3,000 protestors joined them, forming a human chain around Parliament and trapping hundreds of politicians inside. Over the next days, thousands more protestors gathered in front of Parliament at midday, and smaller protests began sprouting around the country.

Traditionally, most Bosnian protests end not with a bang but a whimper, because they either:

On this occasion, not only were the initial protests sparked by an organic human response to a fundamental injustice, they have mobilised people of all ethnic and political stripes. For the first time in Bosnia’s post-war generation, almost everyone agrees on one thing: the painfully incompetent, willfully corrupt and supremely arrogant political elite must go.

And so what started as a Facebook post has evolved into “Bebolucija”, Bosnia’s Baby Revolution. The movement  has already spawned a website, several Facebook pages and coverage in the New York Times. The national ID card acronym, #JMBG, is now a hashtag, meme and rallying cry. And as another “numberless” child, baby Berina, died of sepsis last week after a delayed medical evacuation abroad, the movement is reaching tipping point.

In a country where Twitter is yet to gain much traction but where 80% of internet users are on Facebook, this month’s launch of Facebook hashtags is both fortuitous for the protestors and ominous for Parliament. Organisers can now reach, engage with and mobilise Bosnia’s huge Facebook community in realtime with a single feed. And that’s exactly what they’re doing.

Protestors have given Parliament until 30th June to adopt the law on ID numbers and establish a solidarity fund for citizens in need of medical treatment. Politicians are also being asked to donate 30% of their salaries towards the fund. Even if these demands are met, it’s unlikely to quell the momentum of outrage and calls for change.

On the same day 30th June, Sarajevo will be hosting a meetup as part of world Social Media Day. To support the Baby Revolution, we’re planning the world’s first Facebook hashmob, a 15-minute happening that teaches Bosnia’s well-deserving politicians a lesson in humility. The Arab Spring, the SOPA/PIPA website blackouts and, more recently, the iMarch in the US have shown that bringing a critical mass of protestors online at scheduled times can change the world. So wherever you are in the world, join Bosnia’s #JMBG hashmob here.