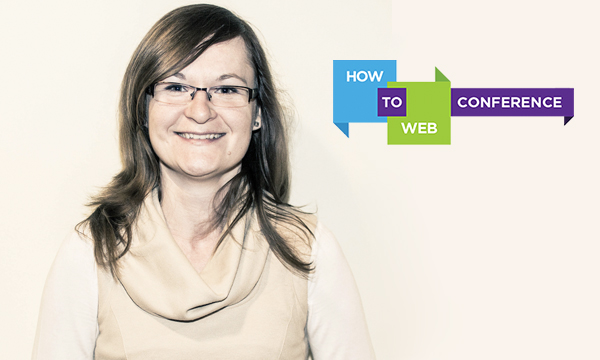 This past week Netokracija CEE had an exclusive opportunity to talk to Agnieszka Szóstak, founder of PR Outreach agency from Poland. Agnieszka has been working in the gaming industry for a number of years. She says that it all started when she was the website editor of Adventure Zone and a contributor for CD Action magazine. Later on she became the PR Specialist behind The Witcher series and Cyberpunk 2077 founding her own PR agency. Today she’s helping indie developers spread news about their awesome new titles, all over the world.

Right off the bat, we’ve asked Agnieszka how important is to have a working relationship with media representatives who cover your line of work. She states that that’s really the key to the success. It’s not just about having a good relationship with tech journalists, it’s also important to know people in the gaming and lifestyle media who can help you spread your message even further:

Start with the media from your city, if there are none dedicated to what you do, then look in your region or country. You speak the same language, your own market is naturally the most interesting for you and it’s easiest to arrange a call or invite those media to your studio to show them what you’ve got.

Szóstak added that building a relationship takes time, but it’s worth the effort. It’s something that you should start working on long before the campaign starts. Reaching out, introducing yourself and building on your relationship can only benefit you later on when it’s much harder for media representatives to ignore you if you send them a press release. If you do it out of nowhere, you risk of being added to the spam list at worst!

Considering that Balkans, and especially Serbia, are seeing a massive growth of independent gaming studios and developers, we’ve asked Agnieszka what are some of the key things that people tend to miss out when it comes to marketing. She states that every team is different in that aspect, however a lot of them are missing out on planning. Often times they do not have a production timeline which means that PR agency cannot schedule previews and reviews with the media. It is vital to determine goals and set the timeline – that’s how you’ll stay on track and on par with your PR representative.

Agnieszka also points out that indies tend not to set aside time for media which can only harm them. “To create and execute your promo campaign properly you need to have things that will help you promote your game. Like screenshots, teasers, gameplay videos. And you need to have the time to talk about your game”, she pointed out.

Although dealing with journalists can seem a bit comprehensive, there are no reasons one should be worried then it comes to talking to them. Szóstak continued the interview by saying that these days media approach has changed massively when it comes to interviews. A couple of years back it was normal for media to talk to PR representatives. “Now, all they want to do is talk directly with developers – which is good an absolutely the way it should be”, she adds.

Always remember you are your game’s most valuable asset because you know most about it. None PR representative will ever be able to talk about your game the way you do. Simply because you are passionate about it, that’s your “child” in a way and it’s easy to notice.

Agnieszka did make a case when she pointed out that developers and indies should allow PR agencies to prepare them for the interviews. Although journalists polish every conversation, it’s not a bad idea to have your answers ready. Interviews require practice and training, and a good PR representative can tell you what to avoid, what to emphasize. They can point out the things you wouldn’t even think might potentially cause problems. Having this knowledge will make you more confident and lead to an interview well done, that will be fun for both you and the journalist you’re talking to.

In the end, we’ve asked Agnieszka what she will talk about during her lecture at How to Web 2014, which is starting this Thursday in Bucharest. “I will cover quite some things we’ve discussed during out interview and some additional ones, but from a gaming journalist perspective.” Instead of talking about how to write an effective press release or how to plan your PR campaign, the audience will get a chance to learn what assets media consider most useful, how soon they expect to get an answer from you when they reach out asking about your game.

To find out more about How to Web 2014 please visit the official website where you can browse this year’s speakers and directly purchase tickets!