Adam Zbiejczuk: Holistic Approach Is the Most Valuable Way of Staying atop Social Media! - Netokracija CEE
Jump to navigation Jump to main content

Have you got what it takes to be a part of the powerful Social Media? Meet Adam Zbiejczuk, a social media consultant from Brno, Czech Republic. Adam studied Media studies. Thanks to MA theses titled Web 2.0 he was hired by mBank to take care of its online communication, worked in Ataxo/H1.cz agency, teaches social media course on Masaryk University in Brno, co-owns Influencer.cz and founded Babel Guide – your guide to Social Media in CEE. Last August he organized Babel Camp, the first Social Media Barcamp in Central Europe and he’s here on Netocratic to tell you something you still might not know about Social Media.

Being a Social Media influencer, Adam Zbiejczuk helps companies to find out the best way of using social media for their business. For Netocratic readers, he highlights that Social Media means above all a revolutionary change in communication. Social media allows a user to take part in really many-to-many communication stream.

We can nurture and maintain a wide network of weak social ties. As we post on Facebook, our statuses are usually not meant to be read by a specific person, it’s for everybody. Thanks to this, we are able to stay in touch with hundreds of people in a way unseen before. Social media can be used for marketing, but that is not the main point.

Social Media Should Be a Part of the Company’s DNA

Adam believes companies have to be educated about the true potential of social media, and that means making a step back and rethinking the plans, having general business goals in mind. According to Adam’s opinion, companies shouldn’t go for social media to win The best Facebook page of the month diploma. They should have a reason. While marketing often comes first in mind, companies should call for cooperation throughout the whole company and all departments. That’s what he suggests if a company wants to become successful in general, and with the public, too.

What I’d like to point out is the fact that many companies use social media, but mostly they use it badly. It is not measured, and it is isolated from other activities. Holistic approach is what I find most valuable. So, the social should become part of the company DNA. That said, it’s a lot about trust in your colleagues. You might do social media for companies whose employees are not loyal or whose services or products suck but it is much harder and more expensive than doing it for companies that are simply doing great stuff.

Aren’t You Fed up with the Same Old Song?

Adam claims using examples like Zappos, Dell, Will it blend or Starbucks is nonsense. Those are the companies who were the first ones to embrace social media. Therefore, we shouldn’t see them as good examples but rather like exceptions.

We’ve seen this billion times. It worked for them actually because they were the first, rather than because it was good. So, their success can hardly be repeated or set as the best practice on its own. Polle de Maagt was totally correct claiming 95% of case studies around social media are repeated stories about the number of likes. I remember Czech branch of HP being featured at conferences as best practice, because they managed to gather around 150k FB fans. Now you see how pointless it was: the fans are totally inactive and the PTA of the page is less than 100 people out of 142k fans. It’s a sad story.

Adam says it too often it reminds him of Underpants gnomes from South Park whose business plan was the following:

Change underpants for fans and you have the basic strategy of way too many companies in social media.

Be There for Your Clients

While most of the creativity and efforts are often allocated into preparing cool new ideas or highly entertaining campaigns and content in a desperate attempt to be original, Adam steers the focus in another direction. Being useful and caring for your clients is what counts the most.

The useful way works even if you are not too original. You just have to care a lot! This is often highlighted by Gary Vaynerchuk and I find it really important. Be there for your clients, day and night.

Creating an extremely cool and innovative campaign is not easy but it can be done, hiring the right agency and involving enough money (and it works). Much harder task though is to change the company in order to show you really care. Adam says proactive, customer-centric approach is a tough thing to do and most companies are not ready for it. So, every time the result bounces in social media. Even if your campaign is totally cool, it doesn’t work in the end if your product or service is not.

Polle de Maagt said that after running KLM Surprise (a very creative and nice campaign), one of the customers said: ‘Well done. But dude, where’s my suitcase?’. People love cool campaigns, but it is actually the lost luggage what is really important for them, not a funny commercial.

So, what does it mean for social media? Adam learned it the hard way – working for mBank, the first low-cost Internet bank in the Czech Republic. As the web marketing specialist he was responsible for the whole online communication. He wrote all the texts on the web site, but more importantly, he was in charge of the blog and an open discussion forum, a radical step in transparent communication.

He got a massive amount of customers’ feedback and worked on changing things in mBank internally according to this feedback. This approach was seen as a crazy experiment by most of the people within the banking industry, including many of his own colleagues. “It won’t work”, “People will say nasty things about us”, “The competitors will use our forum against us” and other fears were common. But the transparency and openness seemed to work.

Together with a great product and the right timing, it led to results far better than expected – reaching 100k customers within first 7 months of operations (originally a goal to be reached in 3 years). Yes, people used the forum to criticize the bank when they felt there is the need to, but you could also see how the bank handles the criticism. The trust mBank earned resulted in becoming a love-brand for many. Blogs and different forums were packed with mBank supporters. We got the ad formats you cannot buy – recommendations from satisfied clients.

Supportive Superior is the Basis for Corporate Social Media Business

To be able to do that, however, he said he had a unique position within the company structure.

It felt more like a start-up, than a bank. There was a very flat structure. I could meet the general manager and tell him ‘Jiří, I don’t like this or that I see customers having a problem with it. What can we do to change it?’ I learned to know all of my colleagues and they were extremely helpful knowing that my job is important for the overall image of the company. In the end, I spent more time fighting for the changes, discussing it with IT department, product developers and other stakeholders, often getting to the forum itself only at night.

Adam says the problems that you uncover using social media must be fixed. It’s not just about being polite to customers, it’s about fixing the problems, too.

You can read about mBank’s interesting story in Disruptive Innovation in Banking A Business Case in Low Cost Finance written by the founder and mastermind of it all, a visionary leader Slawomir Lachowski.

As an example of a good customer care, Adam also mentions the Comcast cares story. It’s an example of how one person using a Twitter account can change the image of a brand known for terrible customer service.

His name is Frank Eliason and he is a great professional. But more than a Social Media hero, he was a great customer care person given some special powers within the company. During a webinar (he was already in Citi), he said that customer care is the new marketing. For many businesses, he was definitely right. 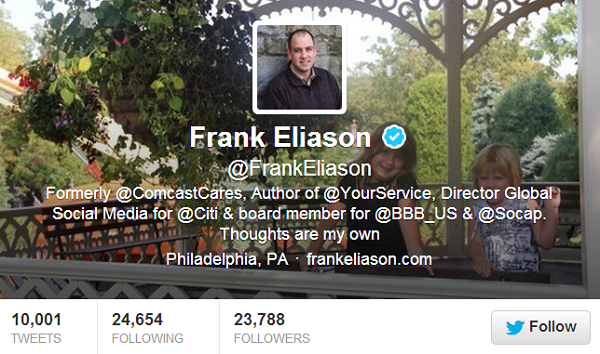 The Future of Social Media Departments

According to all the information from Adam, sounds like the future of the social media departments is undoubtedly changing. Adam was surely short and simple with this subject:

As he said at the beginning, social media change the way we communicate and this has a great impact on marketing. But, it can be (and will be) used in many different ways. The word social might have the same fate as digital. With virtually everything becoming digital, we don’t have to say it, as it is apparent that it’s not analogue. In a similar fashion, everything might become social and again we will talk about media (which will be social as the gap between traditional and social will close).

There are also other trends that should be taken into account and that will impact the social media. We can see how the shift towards many-to-many communication model pushes the companies into personal dialogues. The anonymous voice of marketing department can hardly be a partner in a conversation and companies are looking for evangelists, ambassadors.

Adam believes that we’ll see this more and more often and also on many levels. The importance of an individual as well as a personalized message will grow and so will rise the influence of the messengers within the company. The fight for a precious value (loyalty) will lead the smart brands to look for an emotional tie with its customers, which lead us back to the importance of trust – and the holistic approach.